Our client, a software engineer working from home, was charged with a violation of Penal Code § 288.4(b), meeting a minor for lewd purposes, a felony.  As is common among those charged with this offense, he had no prior criminal history whatsoever (not even a parking ticket).  He was 26 years old and a college graduate.

In a Nutshell:  Torrance, our client meets police decoy via Internet, charged with violating Penal Code § 288.4(b), meeting a minor for lewd purposes, case resolved for 60 days of house arrest.

Our client had engaged in a conversation with a person he believed was a female on an Internet chat room.  The conversation proceeded innocently enough, discussing what kind of music they liked, what kind of food was their favorite, where they wanted to travel one day, until the female represented that she was 14 years old.  Our client, taken aback, became hesitant and unsure about proceeding with the conversation in any manner.

He did proceed, however.  The female, really a police officer, then asked if she could meet with our client and our client agreed.  The conversation then turned very personal and our client made some overtly sexual comments, which the decoy welcomed and responded in a similar manner.  The client told her what he wanted to do with her when they met.  She, again reminding our client that she was only 14, stated that she wanted him to do such things to her.

The reader of this case summary may interpret the decoy’s welcoming answers as consent, but this would be a mistake.  A person under age 18 is not legally capable of consenting to sexual acts.  Therefore, even if the decoy explicitly describes what sex acts she wanted to engage in, or agrees to perform the sex acts our client suggested, our client would still face charges if he proceeded to act as if he would meet her to fulfill her wishes. 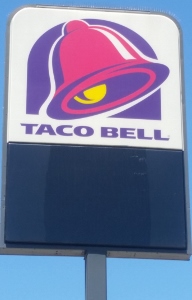 Our client, however, failed to meet the decoy at the designated time.  In fact, the decoy had left the location (a fast food restaurant in Torrance on Sepulveda Boulevard), inviting our client to meet her at a different location, a large, well-known bookstore on Hawthorne Boulevard.  Our client hesitated to go to the new location, but police were waiting at the original location and arrested him.  Our client never got out of his car, which he had driven from Huntington Beach.

Police searched our client’s car and found a backpack with condoms and Vaseline.  He did not have any drugs in the backpack.  He was then arrested and taken to the Torrance Police Department, where he was booked and then posted a bail bond to be released. 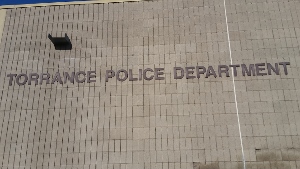 The case against our client was filed in the Torrance Superior Court.  Our client faced four years in state prison if convicted.  Greg Hill of our office, however, pointed out to the District Attorney the problems with proving the four elements of Penal Code § 288.4 and the District Attorney offered our client a deal of sixty days in county jail, as well as 120 days of Cal-Trans.  Our client agreed to the deal, which meant he was able to keep his job by serving time in a private jail and having work release.  He was quite happy with this because he financially supported his mom and dad.

In the end, the client realized it was far better to minimize his jail time and keep his job, rather than face a sentence of at least four years in prison, lose his job and not provide for his parents.
For more information about sex offenses, click on the following articles:
Watch our video about sex offenses by clicking here.