Synopsis:  Lifetime requirement to register as sex offender not eliminated when felony conviction reduced to misdemeanor.

When he arranged to meet with “Tiffany,” he went to an agreed-upon meeting spot, where police officers arrested him.  At the time, Kennedy also had one-tenth of an ounce of cocaine in his pocket.

Kennedy was charged with attempted lewd or lascivious acts on a child under 14 (Penal Code §§ 664, 288(a)), attempted distribution and exhibition of harmful matter to a minor by electronic mail, the Internet or a commercial online source (Penal Code § 664, 288.2(b)), a “wobbler,” and possession of a controlled substance (Health and Safety Code § 11350(a)).

As part of a plea deal, the 288(a) charge was dismissed and Kennedy pled guilty to the 288.2(b) and 11350(a) charges.  He  was placed on five years of formal probation and ordered Kennedy to register for life as a sex offender under Penal Code § 290.

About two years later, Kennedy filed a motion under Penal Code § 17(b)(3) for an order reducing the Penal Code § 288.2 offense from a felony to a misdemeanor.  The trial court granted the motion.  It merits mention that under Proposition 47, as of November 4, 2014, would have also allowed Kennedy to reduce his Health and Safety Code § 11350(a) conviction to a misdemeanor, too.

Kennedy then appealed to the Six Appellate District in San Jose.  In an opinion filed on May 4, 2011 (People v. Kennedy (2011 DJDAR 6377)), the appellate court affirmed the trial court’s decision to continue his 290 registration requirement.  In refusing to reverse the trial court, the appellate court noted that Penal Code § 17(e) explicitly states, “nothing in this section authorizes a judge to relieve a defendant of the duty to register as a sex offender pursuant to Section 290 if the defendant is charged with an offense for which registration as a sex offender is required. . .” 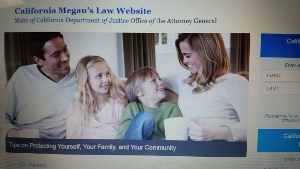 Since Defendant pled no contest to a charge of Penal Code § 288.2(b) as a felony, he was found guilty of the charge by the trial court and the lifetime registration requirement attached.  Citing to a 2004 case, Gebremicael v. California Com. on Teacher Credentialing (2004) 118 Cal.App.4th 1777, 1482 – 1483, the appellate court decided the relief requested by Kennedy could not be retroactive to relieve him of the registration requirement.  The court also examined the legislative history of 17(e) and found that the Committee on Public Safety specifically addressed this issue and stated that the lifetime requirement could not be lifted, even when a felony was reduced to a misdemeanor.

So, while Kennedy could find some relief in not being a convicted felon, he could not escape a lifetime registration requirement as a sex offender until and if our legislature changes such a law.

This case is a reminder of how tough our sex crime laws are and of the need to be careful in how one enters into a plea bargain.  It would not be surprising to learn that Kennedy entered into the plea bargain as he did with the expectation that the 290 registration requirement would later be lifted.

Postscript:  Senate Bill 384 was passed in early 2017 and signed into law by Governor Jerry Brown at that time.  Beginning on January 1, 2022, all registered sex offenders will be classified as Tier 1, Tier 2 or Tier 3.  Those who are classified as Tier 1, such as we believe Kennedy will be, will have a ten-year registration requirement, which by 2022, Kennedy will have already satisfied.  He will then no longer have to register as a sex offender.
For more information about sex offender registration issues, click on the following articles:
For case summaries of selected sex offense cases our firm has handled, click here.