Under judicial diversion, which ended on January 1, 2017, if one successfully completed the terms and conditions imposed by the judge (i.e. complete a class, perform some community service, attend some Alcoholics Anonymous meetings), the judge is supposed to order certain things.  The intent behind the statute is to give certain first-time offenders accused of low-level misdemeanors, a way to move on in life without a criminal history stigmatizing them and ruining their future.
The judge is supposed to dismiss the case under Penal Code § 1001.96, which has several parts.  Under Penal Code § 1001.96(a), the judge is supposed to order that the defendant’s plea of no contest be removed from the record and then dismiss the case.  Second, under Penal Code § 1001.96(b), the judge is supposed to order that the arrest upon which sentencing was deferred shall be deemed to have never occurred.
Subsection (b) also provides that “[t]he defendant may indicate in response to any question concerning his or her prior criminal record that he or she was not arrested or granted deferred entry of judgment for the offense, except as specified in subdivision (c).  A record pertaining to an arrest resulting in successful completion of the terms, conditions, or programs ordered by the court shall not, without the defendant s consent, be used in any way that could result in the denial of any employment, benefit, license, or certificate.” 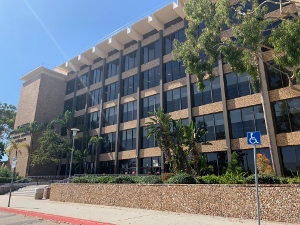 However, if the individual is applying to be a police office, he must disclose the arrest.  Otherwise, defendant is permitted to deny the arrest never took place in response to a licensing board or an employer’s inquiry.
These provisions in (b) about an employer or licensing authority being prohibited from considering the arrest record to deny employment or a license are provisions that even the new CARE Act under Penal Code §§ 851.87 and 851.91 do not provide.
Our client, age 41, was arrested in Redondo Beach on charges of violating Penal Code § 647(j)(1), “Invasion of Privacy for Sexual Gratification,” also known a being a “Peeping Tom.”  He was observed looking over a fence into the bedroom of a young woman changing her clothes.  This took place at an apartment complex.
Our client hired another law firm and the attorney was successful in having the case resolved through judicial diversion.  It was indeed dismissed, and his no contest plea was withdrawn.
However, the case was dismissed under Penal Code § 1000.3, which is not part of and not referenced under judicial diversion.  The case should have been dismissed under Penal Code § 1001.96, as explained above.
This error caused our client’s arrest record to remain visible on the Los Angeles County Sheriff’s website, which was a major problem for him because he was a private investigator and he was seeking to renew his license.
He therefore came to Greg Hill & Associates to fix this error and have his arrest record sealed as contemplated under 1001.96(a) and (b).  Greg discussed the issue with the client, explaining that the judge no longer could order relief under 1001.96 because such code sections were withdrawn from the Penal Code when judicial diversion ended as a program.  Therefore, the best thing the client could seek is relief under the new CARE Act under Penal Code §§ 1001.87 and 1001.91 to at least seal the arrest record and have a notation on his Livescan record that the arrest is sealed.
Greg then filed a motion to ask the judge to order the arrest record sealed under 1001.91.
In response, the Redondo Beach City Prosecutor filed an opposition, suggesting that the relief sought under judicial diversion was already provided and nothing remained to be done by the judge, so the motion should be denied.
However, the opposition did not seem to realize that Penal Code 1000.3 was not 1001.96, so the judge in fact did need to take action for our client.
Through several hearings with the judge (the judge who issued the original order passed away), an agreement was reached wherein the judge would sign an order that provided the relief that the old Penal Code § 1001.96(b) intended, but without reference to such a code section that no longer was effective.
The creative solution reached by the parties, including the judge, made our client extremely happy that this “Peeping Tom” incident would hopefully not affect his licensing in the future.
For more information about sealing an arrest record, please click on the following articles:
Contact us.
Serving Torrance, Long Beach, Compton, Airport Courthouses and Other Courthouses.