Our client, age 38 in 2003, was convicted of felony domestic violence in Torrance after he bruised his girlfriend in an argument.  She did not even seek medical attention.
The client was represented by a public defender and upon being arrested, he was unable to post the $50,000 bail bond needed to leave jail.  He entered into the plea bargain at the arraignment, in his words, just so he could get out of jail.  It was a resolution of expediency, something we see far too frequently.  The terms of the plea bargain did not matter too much, or the fact that the case was really probably a misdemeanor, but the case was resolved as a felony.  Our client was remorseful and embarrassed to be in jail.

About This Summary Briefly:  Client, age 53, had entered into a plea bargain to felony domestic violence ten years earlier in Torrance.  The conviction barred him from driving a school bus on an Indian reservation, where he lived in South Dakota.  He contacted our office and we had the conviction reduced from a felony to a misdemeanor and then expunged.

He then successfully completed five years of probation in 2008 at age 43.  He attended 52 batterers program classes and paid $200 in court fees.
Ten years later, in 2018, he was living on an Indian reservation in South Dakota, caring for his elderly mother.  He was employed as a school bus driver and maintenance man for the local elementary school and working other odd jobs just to make ends meet.
The local elementary school then advised him that his job would be transferred to someone else, as the school could not have a convicted felony driving elementary school children around the reservation. 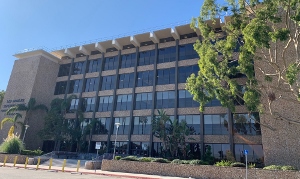 The client was aware that his felony was a “wobbler” and eligible for reduction to a misdemeanor, but he did not know how he could request this or if it was difficult to succeed in such a request.  He went on the Internet and called several attorneys, but none seemed to give him solid answers.
He then spoke with Greg Hill and felt like Greg gave clear answers that made him understand the process.  Greg also understood the Torrance courthouse and its judges, as he had been practicing there for almost twenty years.
Greg then went to the courthouse and retrieved the docket report on the client’s case and explained who the judge was, Greg’s experience with him and the assigned District Attorney to that courtroom.
Greg Hill & Associates then prepared an FL-180 form and supplemented it with a memorandum of points and authorities regarding Penal Code § 17(b)(3), the code section which permits a judge to reclassify a felony as a misdemeanor after the felony conviction is entered.
The petition also included a declaration from the client, explaining his need for the reclassification and what he had done since suffering the conviction fifteen years earlier.  Our client included his resume and photographs of him driving the bus.
The petition, with the supplemental memorandum and the declaration from our client, with exhibits, was then filed at the Torrance Superior Court.  A hearing date was set.
As the matter was a felony, our client was required to be present in court, so he drove from South Dakota to Torrance to be at the hearing.  The District Attorney did not oppose the motion and even acknowledged on the record that our client was remorseful at the time of the plea in 2003.  She also noted how he had immediately began attending batterers program classes and the victim indicated she never wanted him prosecuted when he was arrested.
The Torrance judge granted the motion, not only reclassifying the conviction as a misdemeanor, but changing the plea back to “not guilty” and dismissing the case (expungement).
Our client was genuinely happy about this result, as it meant he could keep his job on the reservation and continue to provide for his elderly mom.  He was very pleased with everything.
For more information about 17(b)(3) issues, please click on the following articles:
Contact us.
Serving Torrance, Long Beach, Compton, Airport Courthouses and Other Courthouses.