Home
Other Information
Criminal Defense Articles
What's a Wobbler? Can a Felony Be Changed to a Misdemeanor?

What's a Wobbler? Can a Felony Be Changed to a Misdemeanor?

A “wobbler” is a criminal offense that can be charged as either of a felony or misdemeanor violation.  There are several common offenses that a prosecutor can choose to charge as either a felony or a misdemeanor, depending upon the facts of the case and the defendant’s criminal history.  In other words, the charge can “wobble” between a felony and a misdemeanor.

The Reader’s Digest Version:  A wobbler is a charge that can be brought as a felony or a misdemeanor, depending upon the defendant’s criminal history and the case facts.  To change the charge level from a felony to a misdemeanor, one must seek a judge’s order for this under Penal Code § 17(b).

When one is charged with a felony that can also be charged as a misdemeanor and one was sentenced to probation or jail less than one year (not prison), one may ask the judge to reduce the charge to a misdemeanor under Penal Code § 17(b).  A person may also ask to have a felony reduced to a misdemeanor, if it can be brought as either, if the person was sentenced to a “joint suspended” and the prison term was never imposed, but defendant completed probation.  This is a tougher request to have granted.

Alternatively, for a relatively small number of felonies that are not considered “wobblers,” the judge can sentence the individual on a felony to county jail under Penal Code § 18, making the conviction eligible for reduction to a misdemeanor later.

In any discussion of having a felony reduced to a misdemeanor, one should also consider if the felony offense is eligible for reduction under Proposition 47, which would apply for certain “low level” drug and theft offenses, or Proposition 64 (the Adult Use of Marijuana Act), which applies to a limited set of marijuana offenses.

There are countless reasons why one may need a felony conviction off one’s record.  It might be because it is tough to get a job, a loan or rent a place to live with a felony record, or a state licensing board may refuse to issue a license in certain professions to one with a felony record, or you wish to serve on a jury.  You may also want to own a firearm, even if the reduction merely reclassifies the offense as a misdemeanor that carries with it a ten year ban owning a firearm (Penal Code § 12021). 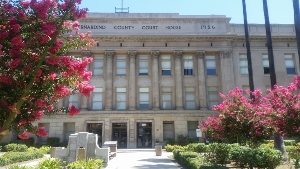 Most importantly, when a judge reduces a felony to a misdemeanor, one can legally state thereafter that he or she has never been convicted of a felony.  Once an offense is reduced to a misdemeanor and one has successfully completed all terms of probation, expungement of the conviction is available.

When a judge considers reducing a felony to a misdemeanor, an analysis will be made concerning your criminal history, your personal history, your following all terms of probation and most importantly, the circumstances of the crime, especially those in aggravation or mitigation.

Reducing a felony to a misdemeanor does not completely free one of every consequence of a having a felony conviction, even previously, in every type of crime.  For example, if the offense was a strike offense, as defined under Penal Code §§ 667(b) to (j) or 1170.12, the individual will keep a strike on his record for sentence enhancements in the future, if he is convicted again.  Relief under Penal Code § 17(b) does not lift one’s obligation to continue to register as a sex offender if the underlying offense required this.  And if one is a lawyer, the State Bar of California considers a felony conviction a felony conviction forever, regardless of whether any judge reduces the offense to a misdemeanor later.