Our client, age 24, was coming home after an evening with co-workers at LAX. He had consumed three or four beers. He was driving a fourteen-year-old Toyota Highlander. It was approximately 2:00 a.m.

In a Nutshell:  Client was driving over 100 miles per hour on the 405, while with a BAC of 0.11%. First-time DUI. Case case filed in Torrance Superior Court. Resolved with minimum 60 days in custody via SCRAM device (so he could still go to work) due to the excessive speed under Vehicle Code § 23582.

The officer, upon catching up at the intersection of the 405 Freeway and the southbound 110 Harbor Freeway, allegedly observed our client’s car drift from the number two lane to the number four lane as was necessary to turn onto the southbound 110, however, the CHP report characterized this lane change as “drifting,” which implied it was inadvertent and quite possibly due to impairment from alcohol. The officer suggested this was an unsafe lane change. 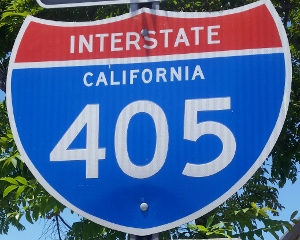 The officer claimed he was traveling at over 100 miles per hour in catching up to our client, which the MVARS (dash-cam) video tape did not seem to confirm, as our client was actually traveling at the speed of traffic.

The officer then activated his vehicle’s overhead enforcement lights and pulled over our client, as he exited the Harbor Freeway at Torrance Boulevard and turned right onto Hamilton Avenue, just a block south of the CHP station on Hamilton.

Our client then submitted to field sobriety tests and a preliminary alcohol screening (PAS) test, blowing a breath sample that measured at 0.096% and 0.104% blood alcohol content (BAC). The client was then arrested and taken to the nearby CHP station, where he submitted to a further breath test, registering a BAC of 0.11% twice.

After the client was released from the CHP station, his family contacted Greg Hill & Associates and then met with Greg the same day. Greg listened to the client describe what happened and his concerns about going to jail. 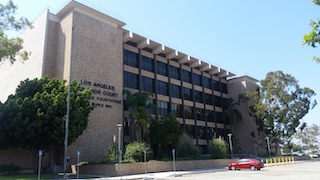 Torrance Courthouse
The client did not tell Greg that the reason for his being pulled over was exceeding 100 miles per hour on a freeway, however, once Greg appeared in the Torrance Superior Court for the client’s arraignment, Greg saw that the complaint alleged a sentencing enhancement under Vehicle Code § 23582. Under this code section, a person who operates a motor vehicle at 30 miles per hour or more over the speed limit on a highway while DUI, or at a speed 20 miles per hour or more over the posted speed limit on a city street, faces 60 days minimum in county jail.

The initial offer to our client by the Torrance City Prosecutor was three years of summary probation, including sixty days in county jail, enrollment in and completion of a nine-month alcohol awareness program (AB1353), payment of court fines of $500 plus penalties and assessments (total of about $2,400), attendance at the Mothers Against Drunk Driving (MADD) Victim Impact Panel (VIP) and attendance at the Hospital and Morgue (HAM) program.

Our client and his family were shocked, commenting that it was impossible for his car to even go faster than about 85 miles per hour. Indeed, the MVARS tape provided by the prosecution seemed to show that our client was never going faster than perhaps 80 miles per hour, as this was how fast the CHP officer had to go to catch up to our client.

Greg pointed this out and showed this to the Torrance City Prosecutor, who agreed and reduced the offer to a three-month alcohol awareness program (AB541 program) and a $390 fine plus penalties and assessments (total of about $1,800), but she kept the sixty days in county jail on the offer. Greg requested that the client be permitted to serve his jail time on the SCRAM device so he would not miss work, to which the prosecutor agreed.

While this resolution was not ideal insofar as the sixty days of county jail was not deleted from the offer, the ability to keep working while serving jail time was appreciated by the client.