In 2009, our office defended a Marine non-commissioned officer (NCO) in a DUI in Torrance.  At the time, the NCO was a sergeant and serving recruiting duty here in the South Bay.  He had been pulled over one evening for speeding along Torrance Boulevard and when police detected the odor of alcohol, they investigated him for DUI.
Their investigation led to his arrest and his blood alcohol content (BAC) being measured at 0.19%.  The criminal case was then filed in the Torrance Superior Court and our office defended the Marine, ultimately resolving the case via a plea bargain.
After the client completed half of his probation, Greg Hill & Associates asked the client if he was interested in early termination of probation and then expungement of the conviction.  The client did not respond. 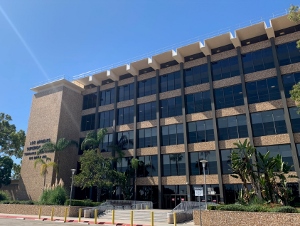 When the full three years of probation ended, Greg Hill & Associates made a further attempt to contact the client about expungement of the conviction.  The client also did not respond, which is not unusual because many clients are just happy to be off probation and see no need for expungement if they have a steady job and the conviction is not preventing a promotion or higher pay.
In 2018, however, the client contacted Greg Hill & Associates and asked about expungement of the conviction for DUI.  The client was now out of the Marines, living in Hawaii and had been working for a real estate company there for several years.  The real estate company asked him to be their representative in some deals in California, so our client needed to become licenses as an agent and broker in California.
To become licensed here, he would need to undergo a criminal background search and he was understandably anxious that his 2009 conviction for DUI might prevent becoming licensed in California.  However, he had also learned that, with some exceptions, the State of California could not deny a professional license to an applicant solely based on an expunged conviction, under Senate Bill 2396 (later codified at Business & Professions Code § 480).
Greg had in fact written a short article on this new law effective January 1, 2015, so Greg was aware of exactly what the client was referencing and why expungement of the client’s conviction for DUI would help him.
Greg and the client briefly discussed this new law in California and how it should help our client if the conviction for DUI was “expunged.”  As Greg does with every client or potential client who seeks expungement, he explained that expungement in California does not erase, delete or remove the record of the case having been filed (expungement is not sealing and destroying a record), but it does change the last plea in the case back to not guilty and the case is dismissed.  Greg was deliberate in disclosing further that, as it applied to the client here, that the client would still need to disclose the conviction in his application for any state license, including for a real estate agent or broker here in California.
Greg Hill & Associates then prepared a petition for dismissal of the complaint under CR-180 and supplemented the petition with a short memorandum of points and authorities and a declaration from the client.  This petition, with its attached documents in support thereof was then filed in the Torrance Superior Court and served to the Torrance City Prosecutor’s Office.
As is common in Torrance Superior Court, the petition was first screened by an expungement clerk before being assigned a hearing date.
The clerk then notified Greg Hill & Associates of the hearing date for the petition and Greg advised the client of this.  The client would not need to appear at the hearing (he could stay in Hawaii)).
Greg Hill then appeared on the client’s behalf in the Torrance courthouse for the hearing on the petition.  The judge granted the petition.
Greg immediately shared this news with the client, who was quite happy with this.
For more information about expungement, please click on the following articles:
Contact us.
Serving Torrance, Long Beach, Compton, Airport Courthouses and Other Courthouses.