Our client had just graduated from high school and was about to begin his freshman year at the University of California in Berkeley.  He had excellent grades and amazing extracurricular accomplishments, but his judgment still needed work.
This was shown to be so when he was stopped by loss prevention at the Eagle Rock Macy’s, just as he walked out of the store.  Loss prevention looked into the backpack he had hanging off his shoulder and found nearly $200 in clothing from the store, with the price tags still attached.  He had very obviously tried to leave the store without paying for these.
The items were for himself.  They included a sweatshirt, some socks, a package of underwear and two Nike shirts.  Our client quickly apologized.
Loss prevention escorted our client to a rear office, where the items were inventoried and laid out on a table.  A loss prevention officer then photographed the items.  After doing this, they asked our client to write an apology out, but our client wisely declined to write anything out.  One of the loss prevention officers, in response, stated, “well, we have you on video so I guess a confession is really not needed.”
Loss prevention asked our client to agree to pay their loss prevention fees and our client also declined this request.  Loss prevention, however, handed him a piece of paper with instructions on how to pay the $425 loss prevention demand. 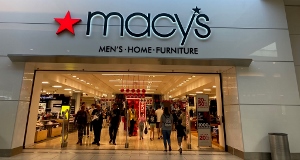 Loss prevention, somewhat frustrated, then called our client’s parents even though our client was 18.  It was just part and parcel of their determined effort to embarrass our client.  No police were called and eventually, our client’s mom arrived to take our client home.
While driving home, our client called his father at work to let him know what had just happened.  When the father got home from work, he paid the loss prevention demand online, hoping that payment of this amount would somehow prevent criminal prosecution of his son.
The following day, the client’s father then called our office and set up a conference call for the next day with Greg Hill.  The client explained what had happened at Macy’s and what loss prevention had sought from him.
The client then explained a little about himself and his acceptance at Cal, a very prestigious school.
Greg then explained that he believed the case would be handled by the Los Angeles City Attorney’s office and that he expected the case might be diverted due to the client’s youth and the rather minor nature of the crime.  Greg explained that there were two diversion programs “in vogue” with the Los Angeles City Attorney’s office at present: an Office Hearing and the Neighborhood Justice Program.  Greg then described what each program entailed.
Greg further recommended that the client enroll in and complete an online shoplifting prevention course either through Logan Social Service, Tom Wilson Counseling or the National Association of Shoplifting Prevention.
Greg also asked the client to provide him with: 1) proof of having completed this course prior to the arraignment; as well as 2) his high school transcript; 3) any type of documentation showing he is enrolled at Cal; and 4) proof of paying the loss prevention demand.
The client completed the online shoplifting prevention program the same day and e-mailed Greg the certificate of completion, as well as the other three items Greg requested.
Greg then wrote the Los Angeles City Attorney’s Office in downtown Los Angeles, enclosing the four items above and requesting that the matter be referred to an office hearing or the Neighborhood Justice Program.  The same letter also requested the police report, any video tape from Macy’s that they may have as evidence of the crime, as well as the dispatch log and other items normally produced to defense counsel in every criminal case.
Greg also wrote Macy’s in Eagle Rock, demanding that it preserve any video tape of the theft and to produce it to our office, with an agreement to pay any fees associated therewith.  Greg further wrote the Los Angeles Police Department, requesting a copy of the police report, the dispatch log and other items normally associated with any criminal investigation.
The Los Angeles City Attorney’s Office did not respond to Greg’s letter suggesting an office hearing, so Greg appeared in the Clara Shortridge Foltz courthouse for the client’s arraignment about six weeks later.
No case was filed, so Greg obtained a Proof of Appearance for the client.  Greg explained that in prior cases, the Los Angeles City Attorney’s Office would sometimes refer the matter to a diversion program after the arraignment.
Indeed, only a few days later, our client received a letter from the Los Angeles City Attorney’s Office, referring the case to the Neighborhood Justice Program.
For more information about shoplifting issues, please click on the following articles:
Contact us.