Home
Other Information
Criminal Defense Articles
What Is the Pre-Filing Neighborhood Justice Program, or NJP?

What Is the Pre-Filing Neighborhood Justice Program, or NJP?

The Los Angeles City Attorney’s Office had approved the use of various pre-filing diversion programs to reduce the number of filings in court, especially of low-level misdemeanors allegedly committed by first-time offenders.  The purpose of such programs is to educate the alleged offender to prevent reoccurrence of the crime, but without scarring the individual with a conviction that may affect employment, housing, loans or other areas of the offender’s life for years into the future.

What to Take Away: The Neighborhood Justice Program (NJP) is a program for those accused of low-level misdemeanors in the Los Angeles area to avoid a criminal filing by performing some community service, attend a class or give a class to learn from the incident that led to the alleged crime and avoid a criminal conviction that may have negative consequences for many years.

The offenses most commonly “intercepted” by the Neighborhood Justice Program vary from trespassing, Penal Code § 602, to solicitation of prostitution, Penal Code § 647(b), to furnishing alcohol to a minor, Business & Professions Code § 25658.  The term “intercept” is used to emphasize that suspects cited for such offenses are identified by the NJP before charges are filed.  Occasionally, we have seen the NJP program intercept domestic violence matters with minor injuries.
A pre-filing diversion program is a chance for a defendant to participate in a program, which if successfully completed, bars a criminal filing and the lifelong record associated with having even a case filed against one.  The program is voluntary: defendant can decline to participate in the program.  The program is also confidential, so an individual’s participation is not documented on one’s Livescan criminal history, for example. 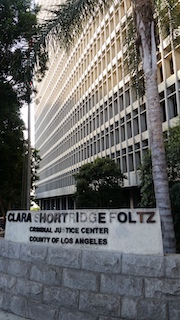 CCB
As the reader to this article may understand, once a case is filed against someone in California, expungement under Penal Code § 1203.4 does not erase, delete or otherwise remove the record of the charges and the case having been filed, but dismisses the case, restores a not guilty plea and the record is so noted.
The only possible way to have the filing actually removed from one’s record is to successfully petition a judge under Penal Code § 851.8 (a petition for factual innocence), which is a very tough petition to have granted.  However, we believe newly passed Penal Code § 851.87 (in the fall of 2017) may allow sealing and destruction of the arrest record through Penal Code §§ 851.91 and 851.92.
The Neighborhood Justice Program (NJP) has been in operation since October, 2014.  When one is cited or arrested for a crime, the police will prepare a police report and forward it to the Los Angeles City Attorney’s Office.  This office will then decide whether to refer the case to the NJP, based on the defendant’s past record and the facts of the case.
If a case is selected for the NJP, the LA City Attorney’s office will mail a letter to the participant (not a defendant yet because no case has been filed), so notifying him or her of the decision.  The participant will be directed to call a specific person in the LA City Attorney’s Office to select a date and time to meet in one of NJP’s fourteen community panel locations in the City of Los Angeles, depending upon which is closest to the location where one was arrested or cited.  In Hollywood, for example, the NJP office is at the corner of Western Avenue and Santa Monica Boulevard.  The participant will then meet with a panel of volunteers to discuss the case.
Each participant will be asked to prepare a short statement of one paragraph describing where he or she sees  himself in five years and to bring this to the meeting.  An attorney may accompany the participant to the meeting, but strictly only as an observer.  In other words, the attorney is not allowed to talk at the meeting.
The neighborhood volunteers will then decide upon a set of tasks for the participant to perform within two months.  These may include community service related to the offense, attending alcohol awareness class such as Alcoholics Anonymous (AA) or simply performing graffiti removal or gardening at an approved location.  If the participant successfully completes these tasks, the NJP will report this to the LA City Attorney’s office, who will then most likely not file a criminal case.
In our experience, it is recommended to retain an attorney who is familiar with such programs and who can write the LA City Attorney’s office to suggest that the client’s case be referred to such a program, as our office has found several of our cases referred to this program and others following a letter from us recommending this.