Home
Other Information
Criminal Defense Articles
What Punishment Do I Face for Shoplifting? Probation?

What Punishment Do I Face for Shoplifting? Probation?

Our office often is asked the above question from a potential client recently arrested or cited for shoplifting.  My answer is usually, “I apologize for sounding like a lawyer, but the answer is it matters.”

The Reader’s Digest Version:  Shoplifting is punishable by up to six months in jail and a $1,000 fine, plus penalties and assessments.  Under certain circumstances when one has a certain prior criminal history, it can be charged as a felony, even under the new Prop 47.

I then verify that the value of value of the items allegedly taken is less than $950 (the limit for petty theft), that the shoplifting did not involve a firearm and that the items were not taken from a person, as this would no longer be shoplifting.

I then explain what the minimum punishments set forth by statute are, followed by what is dictated by the facts of the case and the prosecutor’s discretion.  I do my best to explain how plea bargaining works are what types of arguments and information matter. 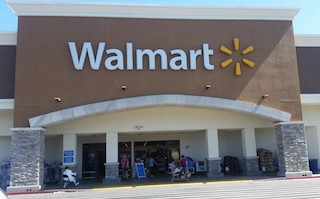 The client usually also must pay a booking fee to the city that booked him or her, if the person was booked.

When the value of the items is $50 or less, the shoplifting can be charged as an infraction.  The fine on such an infraction is up to $250, plus penalties and assessments.  The advantage to pleading to an infraction is that there is no probation associated with an infraction and an infraction is the same level of a crime as a parking ticket, so it is often not even looked at by employers, landlords or anyone else reviewing one's criminal history. 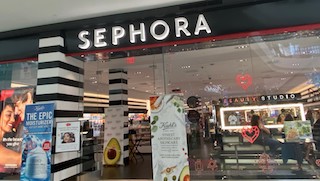 Sephora
Up until quite recently, many prosecutors throughout Los Angeles, Orange, Riverside, San Bernardino and Ventura County used to offer diversion programs for first-time shoplifters, especially if the shoplifter was under age 24, a student and the value of the items taken was less than $300.  Under a diversion program, the client would be afforded a dismissal of the case if he or she performed a certain amount of community service – usually anywhere from five days to twenty days, depending on the facts of the case – and completed an anti-theft class to better understand what causes one to shoplift and the many collateral effects of shoplifting.
Other times, prosecutors were amenable to amending the complaint to allege a violation of Penal Code § 415(2) (Disturbing the Peace by playing one’s music at a high level) or Penal Code § 602 (Trespassing) to spare the client a conviction for a crime involving dishonesty, as such a conviction can have adverse employment effects.  Sometimes, the prosecutor would allow our client to plead to 415(2) or 602 as an infraction.  These ways to resolve a case are getting harder and harder to as of late.

In discussing the case with the client, it is inevitable, it seems, that the discussion shifts to ways of having a shoplifting case dismissed via a civil compromise (Penal Code §§ 1378 and 1379).  This is done through a motion that shows the defendant has paid the “victim” for all damages, which often include items damaged during the crime and loss prevention expenses, and that the victim is no longer interested in prosecution.  A further discussion of this motion should be undertaken with one’s attorney.  This law firm has written a separate article on this topic and it is posted on our website.

When one has a prior conviction for shoplifting or petty theft, or any theft-related offense (grand theft, receiving stolen property, grand theft auto, carjacking, robbery or burglary, for example), the prosecution has a very different approach to resolving the case.

When the case is filed a felony, the minimum prison term is sixteen months and the maximum term is three years.  If the client has prior strike offenses, the sentence can be doubled.