Our client, a flight attendant with a major international airline, was on layover in Los Angeles and went into the Torrance Costco, situated between Lomita Boulevard and Skypark.  This was in 2012, when the entrance to Costco faced southward toward Skypark, rather than westward as it now does.
Our client, age 32, proceeded to walk around the inside of Costco and found a Seagate computer hard-drive, valued at $419.  He picked it up and as he walked around the store, he was watched by a Costco loss prevention officer on foot.  The loss prevention officer stated in his report that he watched our client take the hard-drive out of the packaging and put the hard-drive in the front of his pants.
Our client then went to the deli section and picked up a package of luncheon meat.  The package cost $27.98.  The same loss prevention officer then watched our client remove the meat from the package and put it in the front of his pants, too!
The client then went to the cosmetics section and took a $269.98 package of StriVectin SD cream (advertised for smoothing out stretch marks and wrinkles), loading that into his pants, too.
As he was walking out of the store, loss prevention stopped our client.  Our client immediately admitted to his conduct, fearful of going to an American jail that he believed was infested with gangs and drugs and wherein jail guards did little for prisoner safety.
He called Greg Hill & Associates upon being released from the Torrance Police Department.  The client, who spoke perfect English, described what had happened and his concerns with being jailed in the U.S. and losing his job over the arrest and prosecution for violating California Penal Code § 484(a), “Petty Theft.”  Now, such a crime may be prosecuted under the new (after Prop 47 created this) Penal Code § 459.5 (“shoplifting”). 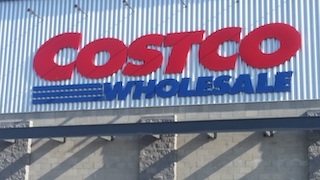 Costco
Greg handled the case for the client and resolved it with no jail, but three years of informal, or summary probation and an obligation by the client to pay the $413 (then) City of Torrance booking fee and a $300 court fine, plus penalties and assessments (total of $1,420).
The client then successfully completed probation.
Eight years later, after the client had taken up a new job as an elementary school teacher outside the United States, he contacted Greg Hill & Associates to ask about having the conviction expunged.  Greg and the client discussed how expungement is widely misunderstood to erase the criminal history of a conviction (like a sponge removing a spilled drink), but expungement in California really does not do that.  Instead, expungement just changes the last plea in the case back to not guilty and dismisses the case.  The client said he understood this distinction and wished to proceed.
Greg also made sure that the client was not now on probation in any other case, on parole, in custody or facing any other open criminal matter.  The client said none of those situations applied to him.
Greg Hill & Associates then first sent the client a list of about ten questions to answer concerning his current statute in life and why he sought expungement.  For our client, it was because he wanted to be promoted within the school to a higher-paying job with some administrative duties and with a conviction for theft, that was barred.
Greg Hill & Associates then prepared the CR-180 form (“Petition for Dismissal”) and supplemented it with a short memorandum of points and authorities setting for the statutory authority the judge, as well as a declaration from our client explaining why he is seeking expungement.
Greg Hill & Associates then filed the finished petition for dismissal, served it on the Torrance City Prosecutor and waited for the hearing date about four weeks later.
At the hearing, the judge commented that she found our client was qualified for dismissal under Penal Code § 1203.4 and ordered his plea changed back to not guilty and the case dismissed.
The client was very happy with this result.
For more information about expungement, please click on the following articles:
Contact us.
Serving Torrance, Long Beach, Compton, Airport Courthouses and Other Courthouses.