The facts of the following case could not have been too much worse. Our client, age 29, was driving her Land Rover at about 1:00 p.m. to go to a market in San Pedro. She had drank quite a bit of wine already, but took her seven-year old child with her. After she entered a parking lot, she ran into another car. 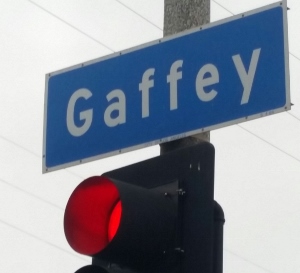 Instead of stopping to exchange information, she drove away. Luckily, no one was injured. The driver of the other car, however, followed our client until she came to a stop in another parking lot. The other driver then used her car to block in our client from driving away and leaving.

The Gist of This Summary:  Second-time DUI by our client in San Pedro and Long Beach Superior Court. Car accident with our client leaving the scene with her seven-year old child in the car. 0.21% BAC. Case resolved for 60 days of county jail, $450 fine and 18-month DUI program (SB38).

The other driver was angry, but was willing to “wait it out” to have our client held accountable. After about forty-five minutes of waiting, she called 911 and officers from the Los Angeles Police Department, Harbor Division, responded. The officers were told that there were no injuries, so they took over 90 minutes to respond to the incident.

Once officers arrived, our client observed the flashing lights of the police cars and emerged from the stores with her son, holding his hand.

Officers allegedly detected the odor of alcohol in her breath and stated that she slurred her words. The consequently suspected her of DUI and asked her if she had been drinking. Her response was that she does not drink at all.

After further questioning, she conceded that she had drank a bit earlier in the day. She then submitted to a preliminary alcohol screening (PAS) that measured her blood alcohol content (BAC) from her breath at 0.21% and 0.20%.

The police officer who conducted this test then failed to certify the results on the DS-367, which is required for the Department of Motor Vehicles (DMV). The same officer also failed to report when our client last operated her car, so the legal relevancy of the results was limited insofar as it was unknown if our client’s BAC was measured within three hours of last driving. This meant that the presumption under Vehicle Code § 23152(b) would be unavailable to set her BAC at the time of driving as the same BAC as her test.

The officer then arrested our client and took her to the police station, where she submitted to a further breath test, registering a 0.16% and 0.17% BAC.

Our client then hired a law firm that touted themselves as DUI experts. Their fee was extremely low. However, the attorney she spoke with never appeared in court. Instead, he sent contract attorneys who did not negotiate with the LA City Attorney’s office and could not discuss the plea bargain or even the police report with our client, who appeared in court.

She quickly realized when the attorneys she hired were only concerned with quickly plea bargaining the case out for the first offer and uncomfortable discussing the facts.

The initial offer from the Los Angeles City Attorney’s Office was a plea to both the DUI and the child endangerment charge, with five years of summary probation, conditioned upon the client serving 180 days in county jail, taking the SB38 alcohol awareness program, attending the Mothers Against Drunk Driving (MADD) Victim Impact Panel (VIP), attending the Hospital and Morgue (HAM) program, attending 52 parenting classes, performing 100 hours of community service, attending 20 AA meetings, paying a court fine of $500, plus penalties and assessments, and paying restitution for the property damage to the other car involved in the crash.

Greg then substituted in as counsel of record for the client and got the police report for the case.

He then discussed it in detail with the client, as well as what the current plea bargain offered was based upon and what might be negotiated to better terms.

Over the next three months, Greg appeared in the Long Beach Superior Court several times on the case, each time discussing the case with the Los Angeles City Attorney assigned to the case. The City Attorney thought about the case thoroughly and commented that she thought the terms really ought to be increased, but Greg argued that the jail time and the court fines needed to be reduced significantly due to the chance a jury would disregard the BAC measurements since they were taken more than three hours after the time our client last drove.

Greg further argued that reverse extrapolation of the BAC for our client was scientifically unreliable according to Kurt Dubowski, the foremost prosecution expert on DUI.

The prosecutor listened respectfully and, over time, finally did improve the offer, lowering the county jail time to 60 days (from 180), lowering the court fines to $450 (from 500), eliminating the community service requirement, but increasing the AA meeting requirement to 30 meetings. The client was very happy with the improvement and accepted the offer.

For more information about DUI and child endangerment, please click on the following articles: