What Is Child Endangerment, PC 273a? Defenses? Punishment?

If you or a loved one are being charged with child endangerment, there is a tendency to equate the charge with child abuse and stigma associated with such a charge.  The charge can be especially upsetting if one is employed in any capacity working with children or if the child at issue was never injured.

About This Article Briefly: Child endangerment (Penal Code § 273a) is conduct wherein defendant “willfully causes or permits a child to be placed in a situation where his or her healthy is endangered,” including “circumstances likely to produce great bodily injury or death . . . or causes the child to suffer physical pain or mental suffering.”  The charge can be a felony or a misdemeanor.

Our office often sees this explosive charge added to charges of DUI when our client’s child or children were passengers in the car or when our client is arrested for public intoxication (Penal Code § 647(f)) or being under the influence of a controlled substance (Health and Safety Code § 11550) with their child or children in the vicinity.  The charge also certainly would fit if one left an infant in a car seat or a young child in a locked car under hot conditions while the defendant went into a nearby store.

This article does not cover Penal Code § 273d, which is perhaps best known as domestic violence upon a child with injuries, which is a wobbler, meaning it can be charged as a felony or misdemeanor, depending upon the facts of the case and the defendant’s criminal history.  Such a case, when filed as a felony, can expose the client to up to six years in state prison in the worst cases.

This article also will not cover Penal Code § 273ab, which involves the death of a child under eight (commonly in shaken baby cases), rendering a child under eight comatose or causing paralysis to such a child.  Such cases are serious felonies with a twenty-five to life sentence possible. 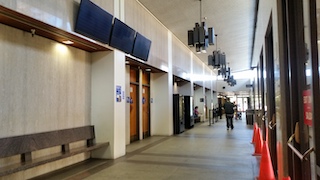 El Monte Courthouse Inside
Rather, this article addresses Penal Code § 273a, child endangerment.  This cause of action is alleged when someone having the responsibility for care or custody of any child, under “circumstances likely to produce great bodily harm or death, willfully causes of permits any child to suffer, or inflicts thereon unjustifiable physical pain or mental suffering.”  Alternatively, and more commonly alleged, the charge can be made when that person in control or custody of a child “willfully causes or permits that child to be placed in a situation where his or her health is endangered.”

The key to such a case is that what takes place is willful and not mere negligence.  This distinction is what characterizes the conduct as criminal, rather than a civil action, if any action at all.

The charge is a wobbler, which as explained above, means the charge can be alleged as either a felony or a misdemeanor depending upon the facts of the case and the defendant’s criminal history.  When charged as a misdemeanor, the maximum custody that defendant faces is one year in county jail.  When charged as a felony, if time in custody is imposed, the minimum time is two years and the maximum term is six years in state prison.

The punishment is noteworthy for what is mandatory under the Penal Code, meaning it cannot be plea bargained to alternative terms or eliminated.  First, if probation is granted, the minimum term is 48 months.  Second, a criminal protective order must be issued against the defendant in favor of the child, which can certainly be modified to peaceful contact with the judge’s approval.  Third, defendant must enroll within 30 days of the plea and complete a one-year child abuser’s treatment counseling program.

If the offense was committed while defendant was under the influence of alcohol or drugs, defendant must abstain from alcohol or drugs during the entire term of probation and be subject mandatory testing, as well as random testing during probation.

In other words, the punishment is remarkably tough for what is often seen as harmless conduct being wildly taken out of context by an overly zealous prosecutor.

For more information about laws affecting the safety of children, please click on the following articles:
Contact us.
Serving Torrance, Long Beach, Compton, Airport Courthouses and Other Courthouses.