Our client was in town from Texas for business and unfamiliar with the layout of the city streets in the Valencia area. He was returning from dinner and trying to find his hotel. It was dark and he was tired from a long day of travel.

In a Nutshell:  Santa Clarita / Valencia Courthouse, client stopped for illegal lane change and going too slow, has a 0.13% BAC, case plea bargained to wet reckless (Vehicle Code § 23103 pursuant to § 23103.5).

As he neared a four-way intersection with plenty of lighting, he recognized a street that was mentioned in the directions and realized he needed to turn left at the intersection. He therefore made a lane change to the left at a fairly slow speed, which did back up traffic behind him.

A police officer noticed the back up and promptly made a traffic stop of our client. Once he began speaking to our client, he noticed the odor of alcohol. The officer then initiated several field sobriety tests and had our client provide a breath test. 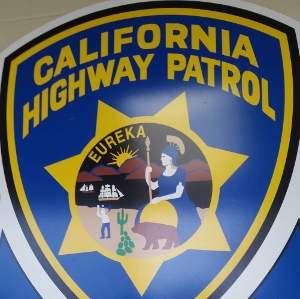 The client, age 37, with no prior criminal record, blew a 0.13% BAC on two tests on the roadside.

He was then taken to the police station and submitted to a blood test, which came back with identical results.

Once he was released from jail, he returned to Texas and decided to ignore his DUI case in California.

Three years later, he went to renew his Texas driver’s license and was advised that a bench warrant in California prevented the Texas DMV from renewing his license. He then called Greg Hill & Associates.

Greg Hill discussed the case with the client and said a motion to dismiss the case might be possible under a Sixth Amendment theory that the client’s right to a speedy trial had been violated. Greg explained how he had filed such motions and courts had granted the requests, but that judges were inconsistent in how they considered a signed promise by the client to appear. Sometimes, a judge would see the ticket, where the client signs he or she promises to appear on a specific date in court. When that signature is shown to a judge by the prosecutor, judges will deny the motion, saying the client should not be rewarded for violating a signed promise.

Greg then appeared in the Santa Clarita / Valencia courthouse on behalf of the client and asked the judge to recall and quash the bench warrant. The judge did this. Then Greg received the police report, which showed the ticket issued to our client, but curiously, our client never signed a promise to appear. This was quite surprising and unusual.

Greg showed this to the prosecutor and requested a dismissal without the need to prepare a motion to dismiss that would most likely be granted and would only waste the judge’s time (and make the prosecutor look needlessly obstreperous).

The judge then asked how our client wished to proceed and Greg explained the potential motion to dismiss and its basis. The judge, in response, looked into her file and saw the same ticket, but on her copy of the ticket, our client’s original signature was present.

Greg asked the court for a copy of the signed ticket and showed it to the client in Texas.

The client acknowledged that the signature indeed was his and that he would like to accept the offer of the wet reckless. The client was happy with this resolution because he would not be required to install an ignition interlock device on his car. He could also satisfy the court’s requirements of attending an alcohol awareness class via an online class. The client was happy with this, too.

For more information about why a wet reckless is better than a DUI, what punishment applies to a first DUI, click on the following articles: