Our client, age 44, was going through a tough patch in life. He had lost his father and was without a family of his own. He had moved from the Bay Area down to Orange County to help his older mom deal with life and the stress of this was taking a toll on him.

He never drank much, but “rediscovered” alcohol helped numb him from the realities of daily life. He had drank in the past, even being arrested for DUI in San Jose in 2006, but having it resolved for a wet reckless. So, he was certainly familiar with what DUI was, yet he thought he knew enough to avoid a second DUI.

One evening, he went out with friends from work and the group went to a bar. Our client decided to indulge and drank quite a bit. As he was driving his BMW X5 SUV home about 1:30 a.m. along eastbound 17th Street in Santa Ana, he failed to notice a red light and a car in front of him. He slammed into the back of a Subaru Outback with one person inside. Luckily, the driver was not injured.

Our client thought it was just a very gentle tap and that there was no property damage at all, but his alcohol intoxication led him to misjudge the situation. He kept driving, turning south on El Camino Lane, only to hit two parked cars, a Toyota and a Ford, so forcefully that one of the parked cars spun around and came to a rest in the opposite direction. 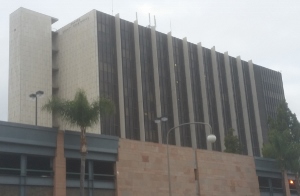 Our client then stopped and got out of his car, the reality hitting him. The driver of the Subaru had followed our client after their collision and had called 911, directing police to our client.

Police at the scene described our client as so drunk that he could not sit upright on the curb and kept falling to the side or forward. His breath alcohol sample was taken and it measured at 0.30% blood alcohol content (BAC).

Our client was arrested for hit and run and DUI. He was taken to the Santa Ana police station and held for over twelve hours before being released with a promise to appear for an arraignment about three months later.

When our client was released from jail, he checked himself into the Betty Ford Clinic and spend thirty days in residential treatment, followed by another 45 days of outpatient treatment.

When his outpatient treatment ended, he called Greg Hill & Associates and spoke to Greg Hill. He described what had happened and asked Greg what he thought would be the terms of any plea bargain offered. Greg explained that while this was a first-time DUI technically (his prior DUI was more than ten years earlier), he expected the prosecutor to propose a plea bargain with significant jail time and perhaps even an eighteen-month DUI program, as Greg had seen proposed in a prior first-time DUI case in Orange County with “bad facts.”

Greg then appeared at the arraignment on the client’s behalf and met with the assigned prosecutor who lectured Greg about DUI as if Greg were the defendant himself. She regarded Greg as immoral for representing anyone who allegedly drove while drunk, especially our client. The proposed offer for our client was three years of informal, or summary, probation, conditioned upon 60 days in county jail, a nine-month alcohol awareness program (the AB1353 program), a $390 fine plus penalties and assessments, providing a DNA sample and payment of restitution to the three car owners.

Greg explained the offer to the client, who was similarly shocked at the offer, especially since there were no injuries claimed (luckily) by the Subaru driver. Greg then asked for documentation from the client showing his treatment at the Betty Ford clinic and suggested the client enroll in the AB1353 program now, as both could help in plea bargain negotiations.

At the next court hearing, there luckily was a different prosecutor involved. Greg discussed the case with this different prosecutor and showed her a letter from the Betty Ford Clinic attesting that our client had attended a thirty-day intensive residential program followed by 45 more days of outpatient treatment. Our client had also enrolled in the AB1353 program and Greg showed the prosecutor this, requesting that the People revise their plea bargain offered to remove the sixty-day county jail part of the plea bargain.

The prosecutor had to leave the courtroom to show her boss the paperwork Greg provided, but when she returned, she stated that the People indeed would give the client credit for the sixty days in county jail based on our client’s attendance at the Betty Ford clinic. The remainder of the plea bargain was unchanged.

For more information about DUI and restitution, please click on the following articles: