Home
Other Information
Criminal Defense Articles
Are There Limits on How Much One Can Pay in Restitution?

Are There Limits on How Much One Can Pay in Restitution?

The answer to the rhetorical question posed in the title to this article is yes, but less so now as compared to in the past.
The recent decision (May 31, 2018) in People v. Charles Edward Case (2018 DJDAR 5169) by the California Supreme Court, showcases how the law has changed over time, although restitution was certainly not one of the most important issues in the case.

In 1993, Mr. Case allegedly committed first degree murder of Val Lorraine Manuel and Gary Duane Tudor while committing a robbery of a bar and card room called The Office in Sacramento.  The murder weapon was a firearm.
After the penalty phase of the trial, Case was sentenced to death and to a consecutive term of three years in prison on the robbery count as well as two five-year enhancements for personally using a firearm during the commission of the murders.  The judge also imposed a restitution fine of $10,000 and ordered direct victim restitution in the amount of $4,000.
In order to preserve several issues relating to his conviction and sentence, Case appealed the constitutionality of California death penalty statutes “that he acknowledges this court previously has considered and rejected.”  Such challenges were made as a way to present other issues for the Supreme Court to rule upon.  In this case, Case challenged many of the rulings in the trial court, which included alleged Miranda violations by an investigating detective and the inevitable discovery of other information.
One of these issues, and the sole topic of this article, is whether the restitution fine of $10,000 must be reduced by the $4,000 amount the trial court judge ordered he pay in direct victim restitution. 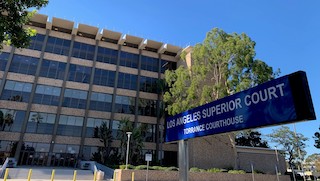