The following case summary is not about a landmark case or any great precedent, such as Roe v. Wade.  Instead, it is meant to illustrate a more common issue arising in criminal courts everyday: how a judge is supposed to decide the right amount of restitution.

Jonah Smith and two other people grew medical marijuana in an enclosed garden in Butte County.  One early morning, during harvest season, Smith was awoken by a noise in the garden that he recognized as people.  He got up and looked out to the garden.

As he feared, there were four or five men in the garden.  Smith, now angry because he realized they were taking his marijuana, grabbed his flashlight and ran to the open gate to the garden.  The men ran out as Smith was running in and Smith was knocked down in the chaos.

The men continued running down Smith’s long driveway.  Smith got up and chased them down the driveway.  One man turned around and confronted Smith.  He had a gun, which he showed to Smith and, in response, Smith stopped his pursuit.  Yet he recognized one of the men, saw they jumped into a white car and another van. 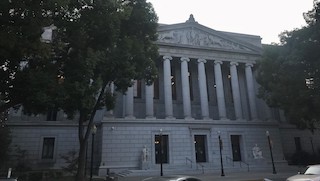 Court of Appeal Third Appellate District Sacramento
Smith wanted the police to arrest the thieves, so he got in his truck and drove after the men.  He caught up to them in town.  Defendant Joseph Robert Sharpe was driving the white car.  Sharpe turned his car toward Smith and rammed Smith’s truck.  Smith got out and hid in a ditch nearby.  Someone shot a gun at him.

The police eventually arrested Sharpe and others.  Sharpe was charged with violating Penal Code § 211 (robbery), for taking eleven marijuana plants, and it was alleged that he served a prior prison term (Penal Code § 667.5).  The jury found Sharpe guilty of robbery and found true the prior prison term allegation.

The trial court judge sentenced Sharpe to five years for the robbery and an additional year for the prison prior.

The Third Appellate District, in People v. Joseph Robert Sharpe (2017 DJDAR 3422) agreed with Sharpe.  The appellate court began its analysis by reminding the reader that restitution’s goal is to return the victim to the economic status quo before the crime.  The order is “intended to compensate the victim for his or her actual loss, but is not intended to provide the victim with an economic windfall.”  People v. Chappelone (2010) 183 Cal.App.4th 1159, 11722.

Having retained the truck, Smith was not then also entitled to the cost to repair the truck because repairing it made its salvage value more.  The court also said Smith was entitled to recover his rental car costs ($198.47), $71 for the DMV printout, $1,291.91 in sales tax on the damaged truck and $19 for a salvage certificate, for a total of $18,805.83.

We think this is a good case to show the correct way of calculating restitution when the owner keeps the property.
The citation for the Third Appellate District Court ruling discussed above is People v. Joseph Robert Sharpe (3d App. Dist., 2017) 10 Cal.App.5th 741.
For more information about restitution issues, please click on the following articles:
Contact us.