Our client was spotted running a stop sign in downtown San Pedro. It was approximately 11:00 p.m. on a Friday night. Harbor Division officers of the Los Angeles Police Department initiated a traffic stop and our client, age 28, handed the police $66 instead of her license.

She was asked to then step out of the car and fell out onto the pavement. Police stated in their report that they detected the odor of alcohol.

Police searched her car and found about 15 grams of “wax,” a new more potent form of concentrated cannabis. There were no pay-owe sheets or electronic scales found. She only had one cell phone, so officers sensed she was not selling a controlled substance.

About This DUI Summary Briefly:  A second-time DUI with a 0.24% BAC for our client, who was also found with 15 grams of wax, was resolved on minimum terms after an initial offer that was exceedingly high. The key to resolving the case for minimum terms was showing the prosecutor all the errors in the police report, which could cause a jury to question the credibility of the police officers on other critical issues needed to prove the case.

Police decided not to administer any field sobriety tests (FST’s) due to our client’s clearly inebriated condition.

Police then transported our client to the Harbor Division Police Station and there, had her provide a breath sample, which measured her blood alcohol content (BAC) at 0.24%, triple the legal limit of 0.08%. The client was then transferred to the Lynwood Women’s Facility, where she was held to sober up and then later released. 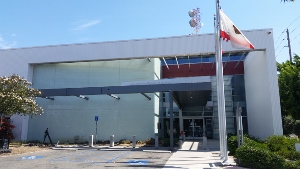 The client knew that she faced a possible felony, as 11357(a) is a “wobbler” (this case was prosecuted before Proposition 47 or Proposition 64 came into effect, making 11357(a) a misdemeanor, not a felony, for most people). A “wobbler” meant the offense could be charged as either a felony or misdemeanor depending upon the facts of the case and the criminal record of the defendant, as well as his or her age.

She contacted Greg Hill & Associates and retained us. Greg immediately urged the client to enroll in AA and attend at least one meeting per week. He also made contact with the Long Beach District Attorney’s office, the Harbor Division of the Los Angeles Police Department and even the Los Angeles City Attorney’s office, which would handle the case if it were filed as a misdemeanor. Greg requested a copy of the police report, any laboratory results and any MVARS (“Dash Cam” video) or body cam video footage of the arrest. This showed to such folks that our client was taking the case seriously.

Greg Hill & Associates also called the DMV, reserved a DMV hearing, and prepared a brief in favor of reinstating our client’s driving privileges, with evidentiary objections to the Department’s evidence. We also attended the DMV hearing with the client present. We lost the DMV hearing, however, as the arresting officer appeared and authenticated the police reports and testified to issues overlooked by police in the reports, unfortunately for our client curing the defects of the police reports.

In court, our office appeared in the Long Beach Superior Court and with relief found the case was filed as a misdemeanor, not a felony. The Los Angeles City Attorney assigned to the case, however, viewed the case as very serious and the opening offer was a $750 fine, plus penalties and assessments (over $3,300 total would be owed), the SB38 alcohol awareness program (the 18 month program) and attendance at the Mothers Against Drunk Driving 3 hour program.

Greg was able to present the City Attorney with reasons why a jury might view the police report with skepticism, due its many errors. Over several months of negotiations, Greg was able to reach a plea bargain of minimum terms, meaning a $390 fine, the SB38 program, the MADD program and five years of informal, or summary probation. The client was happy to have avoided the original fines that would have added over $1,500 to what she had to pay to the Los Angeles Superior Court. The possession charge was also dismissed.

For more information about what could be a second-time DUI punishment, what to do in a DUI traffic stop and DUI based on being under the influence of drugs, click on the following articles: