It is fairly uncommon for DUI to be prosecuted for a driver being under the influence of drugs, but it does happen in perhaps one in every 200 DUI prosecutions.

The charges are just as serious as those of alcohol-based DUI, but there is no blood alcohol content (BAC) data to evaluate the severity of the intoxication.  This is because in drug related DUI’s, there are only blood tests and urinalysis.  Both tests often only detect the presence of a drug, not its concentration.  In the case of marijuana, the most common drug, THC metabolites can be seen in the blood for 28 to 45 days after one uses marijuana, so the test is meaningless (especially if one is a chronic or heavy use of marijuana).

Why This Article Matters:  Being DUI due to the effects of a controlled substance is often difficult to prove, especially due to a recent case out of Florida in which the DRE (drug recognition expert) qualification was shown to be of ambiguous help.

This problem is further compounded by the fact that even a single blood test does not predict one’s drug concentration at the time of driving (or of a crash, if that is what happened).  There is no generally accepted metabolism rate, as with alcohol of 0.018% per hour.  Instead, the metabolism of a drug is affected by the dose, the method of introducing it into the body, one’s age, one’s sex, one’s tolerance and one’s general health.

An officer’s conclusions that someone is affected by a drug is often quite erroneous because officers generally do not undergo as much training in non-alcohol DUI as with DUI involving alcohol.  For example, most officers will be quick to point to pupil dilation as evidence of marijuana use when in fact, marijuana does not greatly affect one’s pupil response to light.  Marijuana also does not cause bloodshot or watery eyes, however it can cause a “pink eye” look. 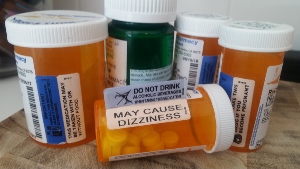 Most experts on marijuana also agree that marijuana does not cause slurred or slow speech.  Marijuana also will not cause lack of convergence of one’s eyes when officer’s test a person’s eye movement.  If the officer does the Horizontal Gaze Nystagmus test, a very commonly administered test for alcohol-related DUI, the eyes of a person under the influence of marijuana will move smoothly and not deviate before 45 degrees, the normal limit, unless the person has some sort of eye problem.  A person under the influence of marijuana will also have a normal body temperature.

Officers will commonly attempt to bolster their conclusion that a person is under the influence of marijuana by noting slow or slurred speech, lack of convergence of the eyes, maximum deviation of the eyes prior to 45 degrees and the person having an elevated temperature.  These are all mistakes.  Most importantly, most studies find that a driver under the influence of marijuana usually has very little impairment in his driving skills.

When there is a high dose of marijuana, the driver will demonstrate things a police officer usually does not note.  The driver will have increased hunger, an increased heart rate, dry mouth and short term memory problems.

With narcotics, a driver under the influence will usually show no problem with the Horizontal Gaze Nystagmus test or lack of convergence in his eyes.  His or her pupils are often constricted, however.  The individual’s reflexes may be slowed and he or she may show facial itching, droopy eyelids and drowsiness.

With depressants, a driver under the influence will usually pass the Horizontal Gaze Nystagmus test and will show smooth pursuit of his eyes.  His or her pupil size will also be normal.  The pulse rate will be normal or even lower than normal, but the individual will most commonly appear uncoordinated, sluggish (sleepy), disoriented and will usually slur his speech.

With stimulants such as cocaine, methamphetamine and amphetamine, the driver under the influence will also usually pass the Horizontal Gaze Nystagmus test and will show smooth pursuit of his eyes.  He or she will have a high pulse and body temperature and his pupils will usually be dilated.  The pupils may also have a slow reaction to light.  The person will also be talkative, unable to think clearly and can act very defensive.