DUI Arrest Proper When Man Stumbles in Middle of Road

When someone is not observed driving, but appears drunk or intoxicated on drugs, an arrest for DUI merits a closer look.

Summary in 45 Words or Less:  A detention is reasonable under the totality of the circumstances when police see a man standing in the road, near a vehicle, apparently picking up items that fell from the vehicle when it was moving and when the man appears drunk.

In such situations, the officer cannot offer testimony that he observed the driving ability of the suspect, so a violation of Vehicle Code § 23152 (a) can be difficult.  In such situations, a blood alcohol content is arguably irrelevant if law enforcement cannot establish that defendant drove the car at all or drove a car within three hours of the test, as the three hour presumption of Vehicle Code § 23152 (b) does not apply.  The presumption that the measured BAC is the same as the subject’s BAC when driving cannot apply if the last time defendant drove it unknown. 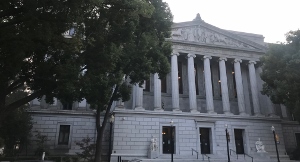 Court of Appeal Third Appellate District Sacramento
In the case of Patrick Lee Conley (2012 DJDAR 16438), the Third Appellate District was asked by Conley to review the legality of a CHP officer’s detention of him for DUI when the officer observed Conley standing in the middle of Country Road 27 in Yolo County.
CHP officer Lal saw Conley picking up tools in the roadway, so he stopped to investigate.  According to Lal, as he approached, he noticed Conley “appeared intoxicated.”  He formed this conclusion because “his gait was unsteady” and his eyes were “red and watery.”

Lal explained that he was picking up tools that fell from his truck.  He first said his son was driving and that the car ran out of gas.  He explained that his son was not there because he had left on foot to get gas.  However, the truck was still running, the officer pointed out, so it had gas.  Conley then admitted to driving.  He then admitted to drinking three or four cans of Four Loko malt liquor.

Conley then submitted to a Preliminary Alcohol Screening (PAS) test, registering a .167% and .171% blood alcohol content (BAC).  Lal then arrested Conley.  At the station, Conley’s blood was taken and his BAC was measured at 0.19%.

Once at jail, Conley called his girlfriend.  The call was recorded.  Conley told his girlfriend, in describing his arrest, that he was “drunk as fuck out there.”

The case then went to trial.  The jury found Conley guilty of violating Vehicle Code §§ 23152(a) and 23152(b) as a felony due to his prior DUI convictions.  Conley had four prior convictions for violating § 23152, three prior prison terms and two prior strike offenses.

At sentencing, Conley asked the judge, under Romero, to dismiss one or both of his prior strike allegations for purposes of sentencing.  The judge denied this request.  He then sentenced Conley to 25 years to life in prison, plus three consecutive one year terms.

The court noted that the Fourth Amendment to the U.S. Constitution “does not proscribe all state-initiated searches and seizures; it merely proscribes those which are unreasonable.” Florida v. Jimeno (1991) 500 U.S. 248, 250, 114 L. Ed. 2d 297,302.  “To test the detention against the ultimate standard of reasonableness embodied in the Fourth Amendment we balance the extent of the intrusion against the government interests justifying it, looking at the objective facts that made those interests applicable in the circumstances of the particular detention” People v. Glaser (1995) 11 Cal. 4th 354,365.

Turning to the circumstances of the detention - an apparently drunk man standing in the middle of a public highway, the court affirmed the trial court’s ruling that the detention was reasonable and therefore not illegal.
The citation for the Court of Appeals ruling discussed above is People v. Patrick Lee Conley (2012) 150 Cal.Rtpr.3d 334.
For more information about the proper standard for a DUI arrest or traffic stop, click on the following articles:
Contact Greg Hill & Associates