Our client, age 21, had finished classes for the day at Cal State Long Beach. It was about 2:30 p.m., so he called up his girlfriend and asked her if she’d like to join him at a particular pool hall to shoot some pool with him.

She agreed and met him at the pool hall within a half-hour. Over the next few hours, the two enjoyed themselves playing pool and drinking IPA beer. Our client drank three strong IPA’s, but stopped drinking at 6:00 p.m. because he knew he had to drive home eventually. He then had some “bar food” and played another three hours of pool before finally leaving the establishment to drive home, over the Vincent-Thomas bridge back to San Pedro.

It was about 10:00 p.m. when our client entered San Pedro. He went south on Gaffey and then turned right onto westbound 1st Street. It had been raining off and on all day, so the roads were wet and since it had not rained in weeks, if not months, the roads were slick from residual oil and gas residue left over time from cars.

Our client rounded the turn from 1st Street onto southbound Bandini and lost control of his car. His car spun and he ran into a parked car along the side, a 2017 Kia. The noise created by the impact startled the car’s owner, who ran out of his house and began cursing at our client at the top of his lungs in a foreign language. Our client tried to explain (in English) that the roads were slick and he was sorry, but this was ineffective in getting the man to calm down. 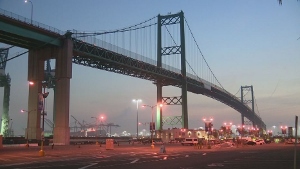 The California Highway Patrol responded to the location and immediately arrested our client once they detected the odor of alcohol coming from him. The officer commented to our client that this particular corner was the location of a prior collision with a parked car during a rainstorm a few weeks earlier and said that the oil must accumulate on the road there more than in other places, making it particularly slippery when wet.

Our client submitted to a preliminary alcohol screening (PAS) at the scene, in the rain no less, and registered a 0.20% blood alcohol concentration (BAC). The CHP officer, despite the rain coming down even harder, then had our client perform various field sobriety tests (FST’s), which our client allegedly failed.

It should be noted that it is error for a police officer to administer such tests after a suspect is involved in a collision, as the experience of the collision can affect one’s balance for even an hour after the crash.

Our client was then arrested and taken to the 77th Street Station, as the Harbor Division of the Los Angeles Police Department was apparently full and could take no more people. At the 77th Street station, our client submitted to a further breath test with the same results and a blood test.

Greg listened to the client explain what had happened. This was the client’s first DUI and he had no prior criminal history. Greg explained how such cases arising in San Pedro were handled by the Los Angeles City Attorney’s office and were assigned to Judge J.D. Lord in Department 6 of the Long Beach Superior Court.

Greg named the prosecutor who was currently in 6, but cautioned that the staffing in 6 can change and might before our client’s case was filed and eventually made its way up to 6.

Nonetheless, Greg explained a plan of having the blood sample retested and using the police officer’s comment about the particular location being slippery to show the collision really was not just due to our client’s impairment from alcohol.

The initial offer to our client, since the case involved a high BAC and a car accident was 36 months of informal probation, a nine-month alcohol awareness program, a $500 fine plus penalties and assessments (less credit for our client having two days of credit in custody, as he was arrested before midnight and released the following day), the Hospital and Morgue (HAM) program and the Mothers Against Drunk Drivers (MADD) victim impact panel, as well as restitution to the owner of the 2017 Kia damaged.

Over the next few months, Greg appeared in court and plea bargained with the Los Angeles City Attorney assigned to the case, eventually improving the plea bargain to a three-month alcohol awareness program and a $390 fine, plus penalties and assessments. This saved our client about $1,500 in total costs.

It merits mention that our client’s blood result was a 0.19% BAC and when retested, it was the same.

Our client was happy to resolve the case with just a three-month DUI class and minimal fines.