Our client, a truck driver by profession with a Class A commercial license, was stopped for allegedly traveling at 30 miles per hour in an area along Pismo Beach restricted to a 15 mile per hour speed limit.

The police officer suspected that our client was under the influence of alcohol and so she proceeded to ask him about drinking and driving. It was the first DUI for our client, age 45. He was at Pismo Beach camping with his family. The traffic stop took place less a quarter mile from his campground area.

In a Nutshell:  Client, a truck driver by profession with a Class A license, arrested for DUI at Pismo Beach. His blood alcohol content (BAC) was 0.081%. Case resolved for a wet reckless, so he did not lose his profession or have an obligation to install an ignition interlock device.

This was devastating to our client, who had been a commercial driver for twenty years and needed his Class A license for work. 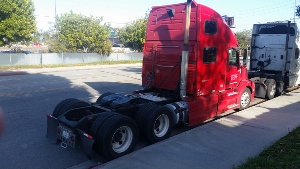 The client’s arrest was deeply problematic. The officer claimed that she paced him, but this would have been impossible because he was in a line of cars and she could not see him until she finally caught up to him and was able to get behind him. At this point, our client was alongside his friend in another car, who was driving his car at about ten miles per hour. Our client did pass up his friend while the cop observed our client directly behind, but the friend estimated that our client inched past him at no more than five miles per hour, which would have made his speed at or below the speed limit and certainly not 30 miles per hour.

The police officer then had our client perform all the field sobriety tests twice and even called another officer to the scene to discuss her observations before arresting our client, who did state to the officers that he had in fact consumed two beers several hours earlier.

At the arraignment, Greg plea bargained with the San Luis Obispo District Attorney, who agreed to amend the complaint to allege a violation of Vehicle Code § 23103 pursuant to Vehicle Code § 23103.5 (a “wet reckless”). This would mean our client’s driver’s license would not be suspended by the DMV following a conviction for DUI because a wet reckless is not a DUI. 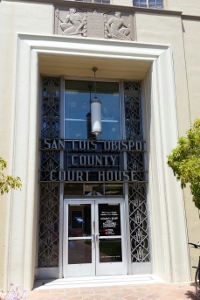 The other terms of the plea bargain were that our client would be placed on 18 months of summary probation, be required to pay $1,293 in fines and complete a twelve-hour DUI program.

While the client was happy to avoid a DUI, he wanted a dry reckless so that he would not lose his job. He and Greg then agreed that Greg would further negotiate for a dry reckless if the client could provide Greg proof of having attended 30 Alcoholics Anonymous (AA) meetings. Greg also would argue that the traffic stop was contradicted by a declaration Greg elicited from the client’s friend driving alongside our client when the police officer allegedly paced our client.

Greg then returned to the San Luis Obispo Courthouse armed with proof of our client having attended 30 AA meetings and then discussed the facts of the alleged pacing. The District Attorney, however, was unwilling to sweeten the offer on this basis alone, stating that our client should instead file a motion to suppress and have a hearing, but if the motion was denied, then the offer would involve a plea to a straight DUI. This alternative was too much for our client, as his friend lived in the District of Columbia 3,000 miles away and could not afford to travel out to San Luis Obispo for such a hearing.

Therefore, the Client and Greg agreed to resolve the case as a wet reckless and hope to preserve the client’s license at the DMV hearing.