Our client had been out with friends at various bars in Hermosa Beach.  He had certainly consumed his fair share.  He and his friends met to drink and they did, although they tried to preserve their ability to drive home by pacing themselves slowly to allow plenty of time for the alcohol to digest.

Without All the Details, What Happened?  Redondo Beach; client arrested for DUI; charge reduced to wet reckless when the calibration of the police station breath machine revealed uncertainty as to the client’s true BAC.

As our client was driving home to his apartment in Redondo Beach, police stopped him at approximately 2:30 a.m. as he made an allegedly unsafe right turn off Pacific Coast Highway, directly in front of the Redondo Beach Police Station. 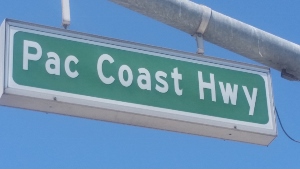 Police had him perform various field sobriety tests (FST’s) and measured his blood alcohol content (BAC) with a PAS (Preliminary Alcohol Screening) device.  His BAC was 0.10%.   He was then arrested and spent the evening and the following morning in the Redondo Beach jail before finally being released after signing a promise to appear six weeks later for his arraignment in the Torrance Superior Court.

The charges were particularly troubling for our client because his job involved extensive use of his car for his work as a salesman.  He also travelled to Canada quite often, where renting a car is difficult (if not impossible) if one has a DUI conviction.  His employer made it very clear that any employee convicted of DUI would lose their job.

After the arraignment, the client called Greg Hill & Associates and met with Greg the same day.  The client explained what took place and his employer’s strict rules.

Greg Hill then appeared in the Torrance Superior Court for the client’s first pretrial.  Greg then reviewed the police report carefully.  He noticed that the breath test machine (a Datamaster) at the Redondo Beach police station had been calibrated such that it read 0.02% high on tests at the police department in the latest calibration tests before our client’s arrest.

Such a high variation from the true reading is exceedingly rare, so much so that many attorneys do not even check the calibration records anymore.  In fact, our office has handled hundreds of DUI's and this case was only about the third or fourth such case where the calibration was off by 0.02% or more.  It is not uncommon for the breath machine to be off 0.01%, but no more.

Greg showed this calibration log to the Redondo Beach City Prosecutor handling the case and argued that because the device was calibrated high, so that even a completely sober person’s breath would be measured as having a 0.02% BAC, our client’s BAC was really 0.08%, once the mis-calibration amount was taken into consideration.

The City Prosecutor was quite surprised at this error and commented that the police should have not used the Datamaster at all.  Greg agreed, saying there may a few folks (not our clients) who accepted pleas to DUI not knowing their BAC was inaccurate.

For more information about a wet reckless, traveling to Canada after a DUI and PAS test problems, click on the following articles: