Home
Other Information
Criminal Defense Articles
Travel to Canada If Convicted of DUI or Facing a DUI?

Travel to Canada If Convicted of DUI or Facing a DUI?

Many of our clients travel to Canada for business or vacation and are aware that having a pending DUI or being on probation for DUI can cause enormous problems.  They may have heard anecdotal accounts of colleagues or neighbors who were unable to rent a car or even turned around at the airport or at the border while driving into Canada.  This can be enormously embarrassing and problematic.

We also have had many clients facing a DUI or on probation report no problems in traveling to Canada, renting a car and conducting business there as usual.  Such folks either were blissfully ignorant of the potential problem or just got lucky. 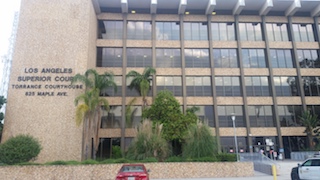 Torrance Courthouse
If Murphy’s Law applies, you may not have a seamless trip to Canada.  So what is the standard or rules that can be used to prevent making a visit to Canada a nightmare?  A DUI conviction in California (or in any other state) is supposed to prevent travel to Canada for five years from the date you finish probation after your conviction (this could be ten years after a second-time DUI if probation lasted five years). Under Canadian law, anybody with a DUI conviction is deemed “criminally inadmissible” for at least five years.
If one is facing a DUI charge, there is no “innocent until proven guilty” benefit of the doubt given.  Canadian law, not U.S. law, applies.  Canadian Immigration considers a visitor "criminally inadmissible" if the visitor even faces pending DUI charges or has an outstanding warrant, such as even a bench warrant for anything (not just DUI).

Canadian authorities can be quite strict about who is allowed to enter the country and even a "wet reckless" will count as a DUI conviction.  Nevertheless, it is perhaps better safe (to clear oneself) than sorry (try to get lucky and pass through with no problems – a big risk).
However, it is possible to overcome Canadian criminal inadmissibility of a DUI conviction, but it is tough to do so.  First, you can contact the U.S. Consulate, through a Canadian immigration attorney, to find out if you are “deemed rehabilitated” and cleared to enter Canada without any legal impediment.  Being “deemed rehabilitated” is possible if a minimum of five years has passed since you completed probation on your conviction for DUI and you have otherwise avoided further prosecution for any other crime.

Sometimes, even more than five years is required by Canadian authorities if the underlying DUI is a second-time offense, there was a car accident involved. injuries were suffered or there are other exacerbating circumstances.  The number of years that you are required to wait depends on the severity of the underlying offense.

Third, you can apply for a Temporary Resident Permit (TRP), which is available at any time, but are difficult to obtain.  It is best understood as an exception to the above two, time-consuming processes.  According to Canadian immigration attorneys, one must demonstrate “compelling circumstances” to justify the issuance of a TRP.  Such circumstances include work for humanitarian purposes or work in the U.S. national interest (it would probably be smart to explain how such work also helps Canada in ways beyond generating tax revenues).

Regardless of how one approaches a visit to Canada for business or for pleasure, it is wise to speak to Canadian immigration attorney prior to entering Canada if one is facing a DUI or has a conviction for reckless driving (a wet reckless) or a DUI within the last ten years.