Our client, then age 24, was arrested for and charged with DUI three times in the matter of six months. Each of the DUI’s was in a different court, but each was within Los Angeles County. This was ten years ago. 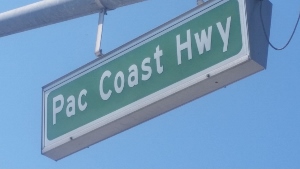 She had entered into plea bargains in the first two DUI’s through a plea bargain, with the assistance of a public defender. However, in the third DUI, she never went to court as she had promised when released from jail. In the third DUI, she had a 0.17% BAC and was stopped after Redondo Beach Police Officers allegedly observed the client run a red light on Pacific Coast Highway near the police station.

Instead, she moved to Texas. She left California for ten years, as well as any severing any effort to comply with the plea bargains. Bench warrants were issued by the judges in all three cases.

When renewing her driver’s license in Texas, the DMV there notified her that she had to take care of each of the bench warrants in California. The client then called Greg Hill & Associates.

Greg Hill immediately went to court on the two DUI’s that had been resolved and had the bench warrants recalled. He then asked for and received court approval for the client to take an online alcohol awareness program from Texas to satisfy the terms of the plea bargain. He also requested that in each case, that the client be reinstated on probation, which the court did. This would preserve the client’s ability to have these two convictions expunged later if she successfully completed probation.

In the remaining case, the third-time DUI, Greg appeared in the Torrance Superior Court and first had the bench warrant recalled. He then prepared a motion to dismiss the case based on the client being deprived her right to a speedy trial under the Sixth Amendment of the U.S. Constitution. This type of motion is better known as a “Serna Motion” after Serna v. Superior Court (1985) 40 Cal.3d 239, 707 P.2d 793, 219 Cal.Rptr. 420 and its progeny.

Greg discussed the proposed motion with the Redondo Beach City Prosecutor, with whom Greg had handled dozens, if not over 100 cases over the years. Greg had good rapport with her and vice versa. The City Prosecutor wisely pointed out that the judge, in ruling on the motion, would weigh heavily the client’s written promise to appear in court and her breach of that promise. The court would furthermore be reluctant to reward such a broken promise. Moreover, the client was outside the jurisdiction of California, so in evaluating the prosecution’s diligence in bringing the client to court, this would not be prejudicial. 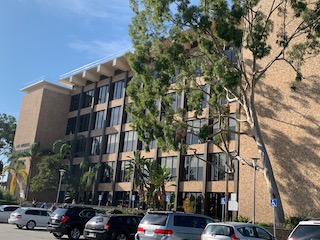 Torrance Courthouse
Greg, however, had litigated this type of motion before many courts and before many judges in Los Angeles, San Bernardino, Ventura and Orange Counties. He appreciated that there was a blood test of his client’s blood and that the blood most likely had been destroyed or lost. He pointed this out to the prosecutor, who then offered to resolve the third-time DUI on first-time DUI terms.

Greg explained the offer to the client, describing how if the motion were lost the client would be obligated to serve a minimum of 180 days in county jail and perhaps higher due to her BAC and her apparent disrespect of our judicial system in leaving California. Greg also explained that if our client lost the motion, she would have to enroll in and complete an eighteen month DUI program (again – she already had to do such a program for her second DUI).

In contrast, the first-time DUI terms guaranteed her no jail time and only a three month DUI program, despite her high BAC.

With a young child and being a single mom, the client agreed to accept the prosecutor’s plea bargain. The client was happy.

For more information about delays in prosecution for DUI, click on the following articles: