Is Right to Speedy Trial Violated with 2 Year Delay in DUI?

Keith Laroy Dews was arrested for DUI on January 29, 2011 in San Francisco County.  He was released from jail with a promise to appear on February 14, 2011 and did appear.  However, when he appeared, the district attorney was not ready to proceed because he did not have defendant’s blood alcohol analysis report.

In a Nutshell:  A nineteen-month delay before an arraignment is not automatically a Sixth Amendment violation sufficient to allow a court to dismiss a misdemeanor DUI.  Instead, the judge must evaluate the four factors set forth in Barker v. Wingo.

Mr. Dews was not arrested until February 11, 2013, more than nineteen months later.  He was then arraigned on February 20, 2013.  Mr. Dews then filed a motion to dismiss the complaint for a violation of his Sixth Amendment right to a speedy trial. 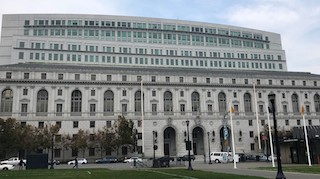 Court of Appeal First Appellate District San Francisco
The interesting issue presented by the motion, also known as a “Serna motion” (Serna v. Superior Court (1985) 40 Cal. 3d 239), was that the prosecution did preserve the statute of limitations by filing the complaint within a year of the arrest, but did not arraign him for over two years after the arrest and nineteen months after filing the complaint.  Dews also originally came to court as he promised, but the People were not ready on the date they required him to appear on.  The judge then issued an arrest warrant, but did not arrest Dews for 19 months.
The trial court denied the motion to dismiss and Dews appealed, requesting a writ of mandate from the appellate division of the superior court that the trial court reconsider his motion.  The appellate division of the superior court, however, denied his request, so Dews appealed the ruling to the California Court of Appeals for the First District.

The Court of Appeals for the First District granted Dews’ request.  In a short ruling (Keith Laroy Dews v. Superior Court of the City and County of San Francisco (2014 DJDAR 1303)), the appellate court noted that the nineteen month delay was indeed problematic and, in fact, presumptively prejudicial.

However, the length of the delay did not automatically entitle Dews to a dismissal of the case.  Instead, the trial must consider this in light of the factors set out in Barker v. Wingo (1972) 407 U.S. 514, 530.

In looking at Barker, the First District noted that the right to a speedy trial is an important right to reduce overcrowding in local jails, which is damaging to “human character.”  Such prolonged detention also imposes costs on the public in the form of maintenance expenses as well as lost wages for the inmates.  However, the delay of trial can also work to a defendant’s advantage.

None of the four factors is either a necessary or sufficient condition to the finding of a deprivation of the right to speedy trial.  "Rather, they are related factors and must be considered together with such other circumstances as may be relevant.” Barker, at 533.

Dews based his argument on Bellante v. Superior Court (2010) 187 Cal. App. 4th Supp. 1. The appellate court noted that Bellante construed Serna to establish a three part test of whether the speedy trial right was denied.

The appellate court, however, stated that Bellante made an error in how it interpreted Serna, meaning Dews’ argument that the delay alone was dispositive, was wrong.

Nevertheless, the appellate court found that the trial court failed to properly apply the four Barker factors, so it remanded the matter to the trial court with express orders that it thoroughly analyze each of the four factors in re-valuating Dews’ motion to dismiss.
The citation for the First District Court of Appeals ruling discussed above is Keith Laroy Dews v. Superior Court of the City and County of San Francisco (1st Dist., 2014) 223 Cal.App.4th 660, 167 Cal.Rptr.3d 375.
For more information about the right to a speedy trial, click on the following articles: