Right to Speedy Trial Violated by 7 Years to Murder Trial?

The Sixth Amendment to the U.S. Constitution guarantees the fundamental right to a speedy trial to safeguard and prevent undue incarceration prior to trial.  Delaying trial, however, is a common defense tactic, as evidence is often lost and witness memories fade.

Main Point:  Sixth Amendment right to a speedy trial not violated when there is a seven year delay between arrest and murder trial.

In Barker v. Wingo (1972) 407 U.S. 514, the U.S. Supreme Court addressed the right to a speedy trial and how a judge should evaluate if this constitutional right was improperly denied, meriting dismissal of a case.  It noted that “deprivation of the right to a speedy trial does not per se prejudice the accused’s ability to defend himself.”  It also recognized that it is impossible to “definitively say how long is too long in a system where justice is supposed to be swift, but deliberate.”  Accordingly, “any inquiry into a speedy trial claim necessities a functional analysis of the right in the particular context of the case.” 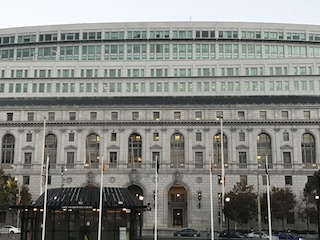 CA Supreme Court San Francisco
In doing this analysis, the U.S. Supreme Court set forth a four-part balancing test.  The court must answer whether:

1.    The delay before trial was uncommonly long;

2.    The government or the criminal defendant is more to blame for the delay;

3.    The defendant asserted his right to a speedy trial; and

4.    The defendant suffered prejudice as a result of the delay.

Turning to the facts of Robert Lee Williams’ speedy trial claim, the California Supreme Court noted that Williams was arrested in 1995, but not put to trial until 2002.  Williams was convicted of two counts of first degree murder (Penal Code § 187), one count of attempted murder (P.C. §§ 187, 664) and one count of sexual penetration with a foreign object (P.C. § 289 (d)).  Williams was sentenced to death.

Williams and two accomplices were found guilty of robbing and murdering a man and his father at their Riverside home.  Williams also attempted to rape the son’s girlfriend and cut the throat of another female, but she managed to escape.

Over the course of the next seven years, Williams tried to disqualify his counsel more than a dozen times.  He was represented by several different attorneys and even represented himself at one time.  His non-attorney investigator found it “impossible” to work with Williams.

At many points in the complex case, discovery issues were raised with the court.  There were many recorded interviews that Williams requested, as well as conversations Williams had from jail with his girlfriend about the case.  The prosecution repeatedly complained to the court that Williams was engaging in a “fishing expedition.”  The trial judge acknowledged that “discovery has not been smooth in this case in either direction," but said it was “not pointing a finger.”

There were multiple motions to continue trial and in each one, Williams agreed to waive his right to a speedy trial (“waive time”).  Multiple public defenders declared conflicts in their representation of defendant after each spent time representing Williams.  In 1999, the trial court noted on the record, in obvious impatience, that the case was than “the oldest case in the courthouse.”  It would be another three years before the case went to trial.

The California Supreme Court, in evaluating each of the Barker v. Wingo factors, found first that the nearly seven year delay was “presumptively prejudicial.”  The court also decided that defendant clearly suffered prejudice by his lengthy pre-trial incarceration.

However, the California Supreme Court found that Williams was equally, if not more, responsible for the lengthy delay.  The court also noted that Williams repeatedly waived his right to a speedy trial and seemed to “engage in dilatory behavior” designed to delay and thereby frustrate the prosecution.

Consequently, the Supreme Court found that Williams' right to a speedy trial was not violated.
The citation for the California Supreme Court ruling discussed above is People v. Robert Lee Williams (2013) 58 Cal.4th 197, 165 Cal.Rptr.3d 717, 315 P.3d 1.

For more information about the right to a speedy trial, click on the following articles:
Contact Greg Hill & Associates