Home
Other Information
Criminal Defense Articles
What Is the Sixth Amendment Right to a Speedy Trial?

What Is the Sixth Amendment Right to a Speedy Trial?

Our office frequently receives calls about someone who was arrested, but never told to go to court.  In releasing the person, police may have advised the person that a notice would be mailed telling them of a court date, but the notice never arrived.  Other times, there is an incident and the person is not even arrested.

The Point of This Article: The Sixth Amendment right to a speedy trial in a misdemeanor case is often violated.  Serna v. Superior Court, along with Barker v. Wingo, are the important cases that someone seeking to assert this right should understand to seek dismissal of the case against himself or herself.

The person then learns that a criminal case was filed against them, there was an arraignment that they missed (because they never received notice to appear) and a bench warrant was issued for their arrest.  This new knowledge comes often more than a year or more after the arrest.

The person understands the concept of a statute of limitations and the right to a speedy trial, so he or she wants to know how to proceed.

This scenario is regrettable, especially if the client is informed of the warrant or the criminal case while applying for a job or during the course of an employer’s periodic background checks.

The immediate issue is certainly whether the prosecution filed the case within the applicable statute of limitations for the alleged offense.  Surprisingly, our office has seen more than one prosecutor’s office file a lawsuit after the stature of limitations has passed, which is one year for almost every misdemeanor.

The Sixth Amendment of the U.S. Constitution gives a person accused of a crime the right to a speedy trial.  Under Article I, § 15, of the California Constitution, a person becomes an accused when an accusatory pleading is filed or on arrest, whichever occurs first.  These provisions have held that, “. . . the purpose of the State constitutional provision for the right to a speedy trial is to protect those accused of crime against possible delay caused by either willful oppression, or the neglect of the state or its officers.”

In the seminal California Supreme Court case of Serna v. Superior Court (1985) 40 Cal.3d 239, 219 Cal.Rptr. 420, 707 P.2d 793, our California Supreme Court has held that dismissal of the charges is proper such a right is violated, based on unfair and undue prejudice to an accused, such as our client.  Prejudice has two meanings in the context of a speedy trial analysis.  The first is “presumed prejudice,” which is found whenever the delay in bringing an accused to court exceeds the applicable statute of limitations.

When there is such presumed prejudice, the court engages in analysis under a case called Barker v. Wingo (1972) 407 U.S. 514, 530, 92 S.Ct. 2182, 33 L.Ed.2d 101.  This is when the Court considers “actual prejudice” to the client.  Under Barker, the Court engages in an analysis of the length of the delay; prosecutorial justification, if any, for the delay (i.e. the accused was evading arrest or service of the bench warrant); whether any demand was made for trial; and the prejudice to the defendant.

The most focus is usually given to whether the prosecution’s delay is justified.  More often than not, the prosecution claims they “sent a letter” to the client.  This is an attempt to use California Evidence Code § 641 to claim the letter is presumed received by the recipient if it is not returned to the sender.  However, this presumption ceases to exist as soon as evidence to the contrary is presented.  California Evidence Code § 604.  So if the client says he never received the letter, this presumption does not apply. 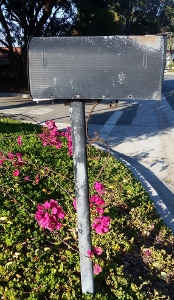 The Court should then consider what other steps the prosecution took to find the client.  The Court will find the sufficient reasonable diligence required if the prosecution checked for an address of the client with the Department of Motor Vehicles, local hospitals; local jails; his high school (if the client is young), phone companies, the gas company, the department of water and power; voter registration lists; unions; Social Security; welfare agencies; and the armed forces.  If the prosecution has done this, our client’s motion to dismiss will most likely fail.  Conversely, if the prosecution has not done this, our client’s motion to dismiss has a good chance of being granted.

For more information about prosecutorial misconduct, click on the following articles:
For case summaries of selected cases our firm has handled, click here.