Home
Other Information
Criminal Defense Articles
May the DA Charge Me with More Than What I Was Arrested For?

May the DA Charge Me with More Than What I Was Arrested For?

Our office often speaks with potential clients who describe their arrest, but confidently state, ”but the police only charged me with disturbing the peace” or “they only charged me with DUI.”  The client then bails out or is released on his or her own recognizance (“OR”).

What to Take Away:  The prosecutor may file charges for less than what the police arrested someone for or for more than what police based their arrest upon because police do not have the power to decide charges.  They only make recommendations, which are sometimes not followed.

The potential client suggests that the police officer’s leniency has bound the prosecutor to only charge, for example, disturbing the peace or DUI.

A prosecutor may charge a defendant with all charges that the police report and the detective describes which the prosecution believes can be proven at trial.  This can mean that at the arraignment, bail can be adjusted upward and if the client cannot post bail, he or she will be remanded into custody. 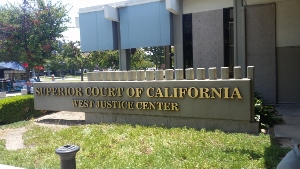 As might also be expected, the prosecutor also has discretion whether to charge certain crimes as felonies or misdemeanors, when the crime can be charged either way. Penal Code § 17 (b)(4).

The prosecution may even amend the complaint to add prior conviction enhancements allegations at any time before sentencing when there has been a guilty plea and at any time before the jury has been excused after a trial.  Penal Code § 969a; People v. Valladoli (1996) 13 Cal. 4th 590, 54 Cal. Rptr. 2d. 695.

Naturally, there are limits to how a prosecutor may decide what charges to allege.  If the facts result in a misdemeanor case that was already filed and dismissed once, it cannot be retiled.  Penal Code §§ 656, 793-794.  The principle behind such a prohibition is our Constitutional protection against double jeopardy.  Likewise, the prosecution cannot charge defendant with a crime for which he was already convicted or acquitted.  Penal Code § 1023.  While this may sound rare, it really is not, as our office encountered this with a probation violation matter recently.

This is why it is often helpful to retain counsel early to make contact with the police and the prosecution before a charging decision is made.  It is often valuable for an attorney to discuss the case facts and the defendant’s history with the handling detective early to avoid a complaint with charges that are too aggressive or even improper.  When the handling detective or the prosecution is aware that an experienced attorney, or any attorney for that matter, is reaching out for a defendant early, that detective or attorney will more likely “play by the rules.”

For more information about what the prosecutor has discretion to charge with, click on the following articles:
Contact Greg Hill & Associates