Home
Other Information
Criminal Defense Articles
Is the Fifth Amendment Violated If Silence Cited by DA?

Is the Fifth Amendment Violated If Silence Cited by DA?

After holding Tom at the scene for about ninety minutes, during which time he remained silent except to ask if he could walk home, Redwood City Police Officers transported him to the police station.  He was then asked to perform certain field sobriety tests and subsequently arrested.  His blood alcohol content was taken more than three hours after the accident.

At trial, the prosecutor argued that Tom’s silence at the scene was evidence of his guilt.  The jury convicted Tom of vehicle manslaughter with gross negligence (Penal Code § 192(c)(1)), as well as gross negligence resulting in injury to another.  However, the jury acquitted him of all alcohol-related charges.  The exact reason for this is unclear from the reported decision, but most likely was because Tom’s blood  was not taken within three hours of his last driving.  Tom was sentenced to four years for his conviction of vehicular manslaughter, plus an additional term of three years to the great bodily injury on Wong’s other daughter in the car, who survived.

Tom appealed the judgment on many grounds, the most relevant of which being that the prosecution violated his Fifth Amendment privilege against self-incrimination by introducing evidence at trial of his pre-arrest, pre-Miranda silence as proof of his guilt.  Miranda v. Arizona (1966) 384 U.S. 436.  Tom objected to the introduction of such evidence at trial.  On appeal, Tom argued that the trial court’s error was not harmless beyond a reasonable doubt. 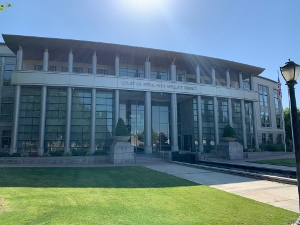 The Court explicitly recognized that its ruling certainly may seem callous in light of the traffic accident, but it made it clear that protecting the constitution was one of its duties (not playing God).  It first noted that Berkemer v. McCarty (1984) 468 U.S. 420 controlled its analysis, but here, “the facts compel a different outcome.”  Berkemer’s most well-known holding is that a simple traffic stop involving just one officer is not the functional equivalent to being in formal arrest and therefore, Miranda warnings are not required.

Once this was determined by the Court, it noted that silence in the face of law enforcement “may be nothing more than an arrestee’s exercise” of his Miranda rights.  Citing to Doyle v. Ohio (1976) 426 U.S. 610, the Court found precedent in prohibiting the prosecution from being able to comment upon an arrestee’s exercise of his Fifth Amendment right to remain silent when he later testifies at trial.  Analogizing the situation in Tom to Doyle v. Ohio, the Court found it clear that the prosecution’s introduction of evidence of Tom’s silence was thus erroneous and clearly prejudicial.

Thus, the Court found that the trial court had erred, compelling the reversal of the conviction.
The citation for the appellate court ruling is People v. Richard Tom (2012) 139 Cal.Rptr. 3d 71, rev’d (Cal. 2014) 331 P.3d 303.
For more information about one’s Fifth Amendment rights, click on the following articles:
For case summaries of selected cases our firm has handled, click here.