The Fruit of a Poisonous Tree Doctrine Applies to Admissions

At about 7:40 p.m. on September 22, 2009, a tipster called the Pomona Police Department to report that Scott Shetler was manufacturing and using methamphetamine in his home in Pomona, California.

Why This Article Matters:  The Fruit of the Poisonous Tree Doctrine as to the Exclusionary Rule often is thought as only applying to physical evidence, but this is not true.  It extends to exclude admissions made in response to illegal police conduct, too.

About twenty minutes later, police arrived at Shetler’s house.  The garage door was open and officers could smell a chemical associated with making methamphetamine.  Since the garage door was open, police entered the property and then the garage to look around.  They saw a can of acetone, several glass beakers and a jug of red phosphorus, all chemicals related to making methamphetamine.

Officers then knocked on the front door.  Shetler answered and was immediately handcuffed.  Officers, without a warrant, then entered the house to conduct a “sweep.”  After this time, several officers stayed inside the house and spoke with Shetler’s girlfriend, asking her to sign a consent to search form for items related to methamphetamine cooking, materials and weapons.”  Shetler’s girlfriend signed the form. 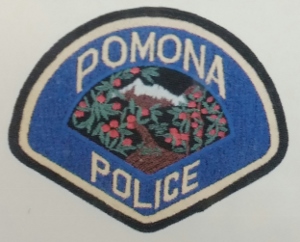 After nearly five and a half hours of searching, while Shelter stood handcuffed outside his house watching, police read Shetler his Miranda rights.  Shetler then confessed to manufacturing methamphetamine in his home.

Thirty-six hours later and while still detained, Shetler was read his Miranda rights again and made statements concerning his methamphetamine use.

Shetler was charged in U.S. District Court with maintaining drug-involved premises in violation of 21 U.S. § 856(a)(1) and knowingly possessing a firearm in furtherance of a drug trafficking crime in violation of 18 U.S.C. § 924(c)(1)(A)(i).

On appeal, in U.S. v. Scott Raymond Shetler (2011 DJDAR 18507), the Ninth Circuit Court of Appeals noted that the Exclusionary Rule of the Fourth Amendment to the U.S. Constitution applied to both direct products of an illegal search and to indirect products such as statements made as a result of the illegal search (“fruit of a poisonous tree”).  Here, the Court of Appeals found that Shetler’s confessions were clearly the product of an illegal search, as the officers confronted Shetler with all the evidence seized from his house as he stood watching them search his house for over six hours.

For more information about search issues, both with and without a warrant, click on the following articles:
For case summaries of selected cases our firm has handled, click here.