Home
Other Information
Criminal Defense Articles
Do Warrants Eventually Expire If Police Do Not Arrest You?

Do Warrants Eventually Expire If Police Do Not Arrest You?

As the inquisitive reader to this article may realize, a judge can issue a bench warrant and police may never find the person who the judge wants to see.

Our office once had a client who had a bench warrant outstanding for 42 years. A judge in Pomona had issued a bench warrant when our then 19-year-old client failed to appear in court. Our client moved to a town on the Arizona-California border and never heard anything about the warrant until one day when stopped for speeding. The officer told him that our client had a bench warrant outstanding in Pomona. Our client was astonished, as he did remember the case, but had been stopped multiple times without ever being told by police about this warrant.

Summary in 30 Words or Less:  Warrants do not expire after a certain period of time like many hope.  Likewise, there is no statute of limitations applicable to one being arrested on a warrant.

In other words, bench warrants do not expire. They are not automatically deleted after, for example, five years if the police fail to find the subject of the warrant. Indeed, the warrant will remain outstanding until the subject dies, unless the judge otherwise recalls or quashes it for some other reason.

This reality has become increasingly clear to many as Live Scan and other criminal history databases have recently increased their records to reach back into the late 1970’s now (mid-2016). We have had clients from outside California call us to resolve bench warrants they did not even know existed for cases in Torrance, Long Beach, Inglewood, Compton and other courts in Los Angeles and Orange County. 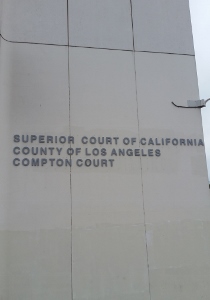 What typically happens is that the out-of-state client is advised by his or her employer that it did a background check on the employee to satisfy an insurance company requirement that it do so. The insurance company may want to make sure the employer is not knowingly harboring a fugitive, parolee, probationer or anyone who otherwise has an outstanding issue with a judge. In addition, the employer wants to be assured that its employee is not going to be hauled into the police station on a warrant and miss work, perhaps for a long time.

The client then calls us and explains what his employer told him. We then go to the courthouse and try to get the docket for the case or the last minute order in it that shows a warrant was issued and when.

A second very common situation is that the client will call us to say that the DMV had placed a hold on the client’s license and will not let the client renew the license until the warrant is lifted (also known as set aside or quashed).

The third most common fact pattern leading to a call to us is when a client is outside the country and planning to return to the United States, but is told by an immigration attorney that such a warrant exists and must be lifted, set aside or quashed or else the client will be detained at U.S. Customs when entering the United States. This can be a disaster if one is coming to the U.S. for business or traveling with one’s family on a vacation.

The reason warrants do not expire is because if they did, such a consequence would encourage anyone who is wanted by a judge to evade the warrant until it expired. The person would be rewarded for being defiant to the judge’s order to appear.

Depending upon the amount of time that has passed since the warrant was issued and the type of case involved (felony or misdemeanor), an attorney may be able to appear in court without the client being present to have the warrant lifted, recalled or quashed. This is generally not possible when the case is a felony matter.

To find out more about how to handle a warrant, we invite you to call us at 310-782-2500 or send us an e-mail at greg@greghillassociates.com.

For more information about issues relating to warrants, appearing in court and bail bonds, click on the following articles: