Home
Other Information
Criminal Defense Articles
When Can a Judge Attach Conditions to Bail or Deny Bail?

When Can a Judge Attach Conditions to Bail or Deny Bail?

In all misdemeanor cases, under Penal Code § 270, defendant “shall be entitled to an own recognizance [“OR”] release” unless a judge or magistrate finds that an OR release will compromise public safety or the defendant will probably not show up for court.  Penal Code § 1275.  When someone is granted “OR release,” that person does not have to post any bail.  The person just signs a promise to appear in court at a future date.  Penal Code § 1318.

In a Nutshell:  Bail is supposed to be determined based based an individual’s public safety risk and likelihood to return to court.  After setting bail, the judge can add conditions to bail such as requiring the person to attend Alcoholics Anonymous meetings.  In January of 2018, in the case of Kenneth Humphrey, a California appellate court for San Francisco held that a judge, in setting bail, also must take into account defendant’s ability to pay bail and defendant’s willingness to attend meetings or classes to ensure public safety.

As most people understand, a judge can also set bail in a misdemeanor case.  The amount set is supposed to be an individualized amount, but since this is an admittedly subjective exercise, each county has a “bail schedule” that serves as a starting point for setting bail.  Bail can then be set in an amount above or below the suggested amount.  Unfortunately, bail is usually simply set according to the schedule, resulting in bail that is so high that its practical effect is to prevent our client’s release. 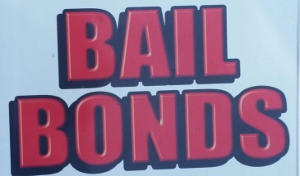 Bail Bonds
Bail can even be denied in certain cases.  First, bail can be denied in felony offenses when the facts are clear or the expectation is strong that the suspect threatened another with great bodily harm and that there is a substantial likelihood that if the person were released, he or she would carry out the threat.  Cal. Const. art. I, Section 12; Penal Code § 1270.5.  Second, a judge can deny bail in felony cases involving acts of violence on another person or felony sexual assault when clear and convincing evidence suggests there is a substantial likelihood the suspect’s release would result in great bodily harm to others.  Third, a judge can deny bail in capital cases when the facts are clear or the presumption of guilt is great (i.e. special circumstances cases), even if the death penalty is not sought.
“Clear and convincing evidence” means a finding of high probability or “so clear as to leave no substantial doubt.”  In re Nordin (1983) 143 Cal.App.3d 538.

In most cases, however, bail or OR release is granted.  In granting this, a judge or magistrate, usually at the arraignment, can set terms or conditions of bail for continued release. Penal Code § 1269c.  Public safety is supposed to be the primary consideration of the judge when setting such conditions.  Gray v. Superior Court (2005) 125 Cal.App.4th 629, at 642.

For example, in a DUI case, the judge may require defendant to attend one or two AA meetings per week as a condition of release.  The judge may also require the defendant to pay for and wear a Sentinel or SCRAM device to detect any alcohol intake and monitor his or her location.  The judge may impose certain geographic restrictions and can require that a defendant simply not drive a vehicle if granted bail or OR release.

In other cases, such as domestic violence matters, the court may require that a defendant stay away from the alleged “victim” and his or her home, place of employment and, if applicable, church or gym.  When drug use is suspected as a factor in the case, the court may require that the defendant attend one or two narcotics anonymous (NA) meetings per week or even undergo drug testing once a week, for example.

It is also common for judges to require that a defendant consent to his or her property to be searched by law enforcement without a warrant or even suspicion of wrong-doing.  However, if a judge conditions setting bail on a condition allows warrantless searches without probable cause, it is unconstitutional. See United States v. Scott (9th Cir. 2006) 450 F.3d 863, 867-870.

In unusual cases, a defendant may have his release conditioned upon not engaging in his profession, such as the medical profession if the crime alleged occurred while he or she was working.  This type of restriction may also apply in embezzlement cases from the employer.  However, before such conditions are imposed, a hearing should be held to afford defendant his due process rights to determine if less restrictive alternatives would suffice.