Our client and her twin sister were both caught shoplifting at Macy’s in the South Bay Galleria.  Loss prevention inventoried the items in our client’s shopping bag and found a red shirt, a black blouse and cosmetics worth a total of $247.49.  Our client’s sister took similar items worth $188.37.
The case was a bit more problematic for our client and not just because the dollar value of the items taken was higher.  She was a single mom raising two young boys.  She had a new job, which she was very thankful for, but she also had a prior DUI from 2004 in Downey and a 2015 DUI from the Metropolitan Courthouse (so she was still on probation when she landed her recent job).
Making matters tougher for her, her new employer asked her to apply for and obtain her property and casualty insurance certification, but she could not do so while on probation.  Moreover, having a conviction for a violation of Penal Code § 459.5 (the new code section for shoplifting under Proposition 47) would be a problem.
Our office usually follows up with each client on probation or otherwise eligible for early termination of probation and expungement at about a month prior to reaching half-way in one’s probation.  We ask the client if he or she is interested in early termination of probation and expungement. 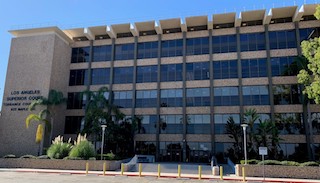