Our client, age 23 in 2001, was convicted of DUI in the Torrance Courthouse after an arrest in Redondo Beach.  He entered into a plea bargain wherein he was obligated to enroll in and complete a court-approved three-month alcohol awareness program called the AB541 program, enroll in and complete a Mothers Against Drunk Driving (MADD) Victim Impact Panel (VIP) meeting, perform forty hours of court-approved community service, pay the then-$185 City of Redondo Beach booking fee, pay $650 to the Redondo Beach Serious Crime Reduction Fund and pay $220 in court fees.
This was a lot of responsibilities for a 23-year-old.  To his credit, he completed the AB541 program, the MADD VIP and performed the forty hours of community service.  However, he paid none of the fees owed.
While on probation for the DUI, he was cited in the City of Torrance in 2003 for driving on a suspended license due to reckless driving (Vehicle Code 14601.1(a)), driving without a license (Vehicle Code § 12500(a)), driving without insurance, an infraction (Vehicle Code § 16028(A)) and driving without registration to the vehicle, an infraction (Vehicle Code § 4000(A)(1)).  When issued the citation, he signed a promise to appear in the Torrance Superior Court in about four weeks.
However, before he could appear in court on the second case or pay any of the fees associated with the DUI, he moved to New Jersey for a job in construction.  A family member arranged for the job, so our client immediately left for New Jersey. 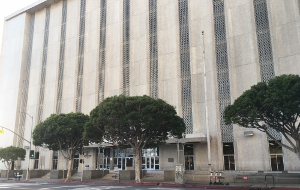 Fifteen years later, he went to get a driver’s license in New Jersey and was told he was unable due to two bench warrants for him in the Torrance Court.
He searched on the Internet for an attorney in Torrance, but each one he talked to was very expensive.  He then spoke to Greg Hill & Associates, whose fees were far lower than those of the other attorneys he spoke with.  Moreover, Greg was able to explain who the prosecutors assigned to each of his cases would be and which judges would hear the request for setting aside the two bench warrants.
Greg then explained how he would handle each bench warrant.
For the bench warrant on the DUI, Greg suggested that he appear with a check already made out to the City of Redondo Beach for their booking fee ($185), a second check for the outstanding court fines ($220) and a third check for the Serious Crime Reduction fund “donation” ($650), with a promise to pay each debt the same day as the hearing if the judge would recall the warrants.
For the second case, there obviously was a Serna issue if the court file did not have our client’s signed promise to appear.  More than one year had passed since the date of the citation, so there arguably was a Sixth Amendment right to a speedy trial that had been deprived.

However, if the court file showed our client’s signed promise to appear, which he broke, Greg explained that such a Serna motion would likely fail.
Greg then evaluated the exposure the client faced.  The penalty for a violation of Vehicle Code § 14601.1(a) is a minimum of five days in county jail and a minimum $300 fine.  The penalty for a violation of Vehicle Code § 12500(a) as a misdemeanor was up to six months in county jail, but no minimum term.  The other penalties were just fines, as they were infractions.
Greg explained that the calendar DA for Department 3 in Torrance most likely would dismiss all counts and reduce the 12500 count to an infraction with a $50 fine if the client produced proof of having a valid New Jersey license.
Greg then appeared in the Torrance Superior Court with three checks for the outstanding fees owed in the DUI and a request that the court lift the warrant in the second case to allow our client to obtain his New Jersey license, which he would then return to court to show proof of obtaining in two months.
The judge agreed to each request and once Greg showed proof of payment of all three debts in the DUI, probation was terminated.  In the second case, the judge indeed did recall the warrant and our client did get his New Jersey license.
Greg then returned to court and showed the DA the New Jersey license.  True to his word, the DA then reduced the 12500 charge to an infraction and our client, through Greg, pay the $50 fine, plus penalties and assessments.
The client was very happy to have both these matters resolved quickly and for far less than other attorneys quoted the client for the same work.
For more information about bench warrant and probation violation issues, please click on the following articles:
Contact us.
Serving Torrance, Long Beach, Compton, Airport Courthouses and Other Courthouses.