Petition to Seal and Destroy Granted in Torrance Court

Our client, age 37 and a well-respected software engineer, was going through a tough patch with his wife when her family returned to China.  His in-laws had stayed at his home in Redondo Beach for several months and their departure made his wife depressed, which in turn made her difficult to get along with.
Our client was not a U.S. citizen, although he had been living in the U.S. for two decades, even earning a master’s degree from a major U.S. university.
The couple were bickering one day when neighbors heard the commotion and called the police.  The Redondo Beach police department arrived and saw our client’s wife in tears and a red mark on her arms.  Our client had a bloody lip.  Our client tried to explain to the police that his wife had hit him in the mouth, but he had not hurt her at all.  He tried to explain that the red marks on his wife’s arms were from her trying to hold him, but this, quite frankly, really did not make much sense.
Our client was arrested for felony domestic violence (Penal Code § 273.5) and his wife immediately posted a bail bond for $50,000 for his release.  Our client then went to court for his arraignment at the Torrance Superior Court, where he was charged with a violation of Penal Code § 243(e)(1), misdemeanor battery upon his spouse. 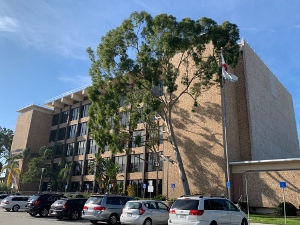 The client used the services of the public defender throughout the case, eventually taking the case to a jury trial, wherein the Redondo Beach City Prosecutor’s Office announced it was unable to proceed to trial on the first day and the judge dismissed the case in the interest of justice (Penal Code § 1385).
While this ending to the case was reassuring that our judicial system resolved the case on the merits, the record of our client’s arrest was nonetheless troubling for our client at work, with renewing his work visa and volunteering for his children’s AYSO (soccer team).
The client one day then called up Greg Hill & Associates and spoke with Greg Hill about the new CARE Act under Penal Code § 851.91 and 851.92 that permitted an adult to seal and destroy an arrest record and court file for a case that was filed, but was dismissed under Penal Code § 1385 or under a similar provision for pre-trial diversion (i.e. for drug treatment programs).  Greg explained that the statute was not applicable to certain types of cases, i.e. child abuse, domestic violence or elder abuse, if there was a pattern of such abuse, but that this did not seem to be the situation for our client.
Greg explained the process and how the new statute was designed to work, but since it was so new, Greg could not offer too much commentary on his experience with motions under the new statutory provision, except to explain how he had one such petition granted and one denied (the client had been charged with elder abuse so many times that our client fit the exception to the provisions of the statute and the cases sought to be sealed were dismissed under Penal Code § 1382, not 1385).
However, Greg prepared the petition for an order to seal and destroy for the client.  The petition requires more than most motions or petitions filed in court, insofar as it requires that the petitioner provide a photocopy of his or her driver’s license and other information and the petitioner must serve the arresting agency with a copy of the petition.
On the date of the hearing, Greg was confident that the petition should be granted, as the underlying case was dismissed under Penal Code § 1385.  The case was then called and the judge asked the Redondo Beach City Prosecutor if she opposed the motion to seal and destroy the police report and court file.  She said no.  The judge then signed the order to seal and destroy.
Our client was greatly relieved for his employment security.  His immigration attorney advised that such an order would help in showing the domestic violence case lacked merit, which would help in his Visa being renewed.
For more information about sealing and destroying a record, please click on the following articles:
Contact us.
Serving Torrance, Long Beach, Compton, Airport Courthouses and Other Courthouses.