Home
Other Information
Criminal Defense Articles
What Is Supposed to Happen If an Order to Seal Is Granted?

What Is Supposed to Happen If an Order to Seal Is Granted?

Under the CARE Act signed into law by Governor Brown, under Penal Code § 851.87 adults can request to their arrest and court files sealed under Penal Code §§ 851.91 and 851.92 if the adult meets certain criteria.
In other words, this new law does not allow just anyone asking to receive the relief, as many who have called our office seem to believe.

Brief Synopsis: After a judge signs an order to seal and destroy a police report and/or court file under Penal Code § 851.91 and § 851.92, the court clerk sends a copy of the order to the police agency that made the arrest or detention within 30 days to destroy the police report.  In the same 30 days, the court clerk sends the signed order to the DOJ to update the DOJ system records, from which Livescan reports are based. 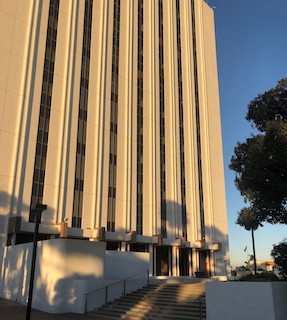 Also, within 30 days of issuing the order, the court shall furnish a disposition report to the Department of Justice indicating that relief has been ordered and providing the section of the Penal Code under which that relief was granted and the date that relief was granted.  Lastly, it should be noted that a sealing order made pursuant to this subdivision shall not be forwarded to the Department of Justice to be included or notated in the department’s manual or electronic fingerprint image or criminal history record system.

The arrest records, police investigative reports and court records that are sealed under this section shall not be disclosed to any person or entity except the person whose arrest was sealed or a criminal justice agency.  Nothing shall prohibit disclosure of information between criminal history providers.
For more information about sealing a record, please click on the following articles:
Contact us.
Serving Torrance, Long Beach, Compton, Airport Courthouses and Other Courthouses.