Our client, age 42, had been out drinking with a friend in Glendora.  He had two or three beers and felt fine.  He was heading home on his motorcycle to Arcadia, using the 210 Freeway and passing through Pasadena.

A CHP officer spotted our client in the fast lane and estimated his speed at over 80 miles per hour.  The CHP officer sped up to pace our client, which he did for about twenty seconds before turning on his overhead flashing blue and red lights to make a traffic stop.

In a Nutshell:  Our client was arrested for DUI on his motorcycle when a CHP officer allegedly spotted him speeding on the 210 Freeway.  Our client then refused to submit to a breath or blood test.  The conviction was later expunged, which made our client happy because he was working in Canada and having problems with driving there after a conviction for DUI.

Our client noticed the officer’s flashing lights and pulled off the 210 Freeway at Lake Avenue.

Our client, who worked in the jewelry industry, first went into a private parking lot and stopped.  The officer pulled his car in behind him and instructed our client to remove his helmet.

Our client refused to do so, explaining that under the Commerce Clause of the U.S. Constitution, the state officer did not have jurisdiction over him on private property that was not a roadway.

The officer then asked our client for his name and our client refused to provide this information, again explaining that under the Constitution, he was a free man and subject to no one on private property.

The officer then asked our client to perform certain field sobriety tests and our client again refused, citing the U.S. Constitution and its ban against slavery.

The officer then arrested our client, taking him to the Pasadena Police Department.  Once there, the client did take off his helmet, but refused to submit to a breath or blood test, citing to the Fourth Amendment of the U.S. Constitution as a right against search and seizure without a warrant.

The police patiently booked him and advised him of the consequences of his refusal to submit to a breath or blood sample.

He was then cited and released.  He signed a promise to appear in the Pasadena Superior Court in about two months.

He thereafter called many attorneys before calling Greg Hill & Associates.  The client complained that all the prior attorneys he spoke with hung up the phone on him once he started explaining how the CHP officer violated all his constitutional rights.  Greg, however, patiently listened to the client without explaining to the client that his understanding of the U.S. Constitution needed a little help.  The client then retained Greg Hill & Associates. 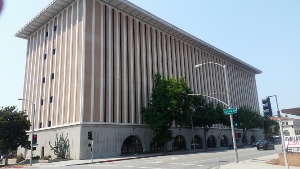 At the half-way mark in probation, Greg contacted the client to ask him if he wanted to terminate his probation early and ask for expungement, but the client said no.

At the end of probation, however, the client contacted Greg again, explaining that due to his work, he had to travel to Canada for some upcoming trade shows and needed to have his conviction for DUI expunged to help him with a temporary work visa in Canada.

Greg then went to the courthouse to verify that the client had fully complied with the terms of probation so as to be eligible for expungement.  Greg also explained that expungement did not erase or remove the conviction, which the client said he understood.