Our client, while age 26 in 2014, entered a plea of no contest to a charge of misdemeanor hit and run (Vehicle Code § 20002(a)) following an incident where she ran into a parked car and left the scene in Pasadena.  No one was injured.  A witness to the collision wrote down our client’s license plate number and called the police, who were waiting at our client’s home when she arrived home about 20 minutes later.
The client had no other convictions prior to or after as of October, 2019, when she contacted our office about having the conviction expunged, which she entered into with the help of a public defender in Pasadena Superior Court.  She was placed on two years of summary, or informal, probation with a requirement that she pay a court fee of $200, plus penalties and assessments (total was $1,075).
After the conviction, she found it tough to get work with a criminal conviction for hit and run, something most victims of hit and run have particularly strong negative feelings about, especially if the damage was significant and unsolved.  She was a college graduate, but found herself unemployed and moved home to Santa Clara. 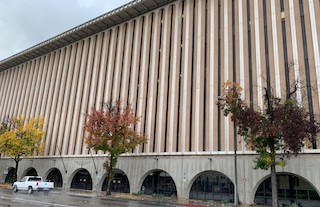 Pasadena Courthouse
Once in Santa Clara, she found work through Robert Half Staffing, working at various companies for short periods of time.  In October, 2019, she was working as an executive assistant while a contractor at Pay Pal and was advised that she would be brought on a regular, full-time employee in 2020 if she passed the background check.
She called Greg Hill & Associates and discussed her opportunity with Greg Hill.  The client was interested in having the conviction for hit and run expunged.  Greg explained to her that “expungement” is a concept most people equate to a sponge soaking up water and “cleaning things up like nothing ever happened.”  Greg explained that under California law, expungement does not really accomplish that, as the record of the case filing remains on one’s criminal history, but expungement allows the final action on the case to be “dismissed,” which suggests the case had no merit.
Greg further explained that the attraction of expungement for most people is related to employment.  When a petition for dismissal is granted under Penal Code § 1203.4 (“expungement”), the petitioner is legally permitted to state he or she was never convicted of the crime (assuming there are no other convictions for the same offense).  This has a tangible employment benefit insofar as it frees the person of the stigma of having been convicted of something that others may scorn.
Greg then asked the client if she was on probation for any other case, on parole or facing any other open cases.  The client said no to each question.  She then explained that she had paid her court fees that were a condition of probation and the alleged “victim,” the owner of the car allegedly damaged by our client, never made a claim for restitution.  This was a good thing, as we find that often clients will seek expungement when they failed to pay victim restitution and this failure bars them from relief under Penal Code § 1203.4.
Within a week, our office then prepared the CR-180 form and supplemented it with a short points and authorities, as well as a declaration from our client explaining why she sought expungement from the court.
Greg then filed the petition for dismissal, served it upon the Pasadena City Attorney and was assigned a hearing date about three weeks later for the petition.
Greg then appeared at the hearing in the Pasadena Superior Court for the hearing on the petition.  The Pasadena City Attorney had run a background check on our client and found she was not facing any open case, on probation for any other case or on parole.
The judge in Pasadena then granted the petition, which made our client extremely happy because she would now be more attractive to Pay Pal for a full-time position.  She was relieved that she could finally escape the shadow that this conviction had cast upon her employment future.
For more information about expungement, please click on the following articles:
Contact us.