Our client, age 23, was coming home from a Fourth of July party in Palos Verdes Estates.  His ride had left him and he needed to get home to Redondo Beach.  It was quite late, nearly 3:30 a.m., so he decided to just walk home.  He had consumed a great deal of alcohol, so he felt it would be no problem. 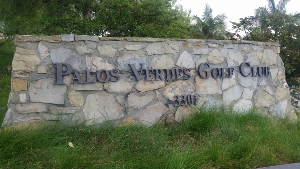 As he was walking home, he decided he would cut through the Palos Verdes Golf Club.  When he got near the garage for the golf carts, he noticed they were charging and, in his mind, available for use.  He found one such cart and decided he would drive it home.

In a Nutshell:  This case is perhaps one of our favorite DUI cases, not just because the alcohol-related conduct was resolved for public intoxication (and the driving for joyriding, Vehicle Code § 10851), but because our client and his parents were happy with the resolution and appreciated the early termination of probation and expungement.

As he was proceeding towards his home, he could not resist doing a few donuts and jumps in the golf cart on the deserted and dark golf course.  He enjoyed this so much that he forgot about going home.  In fact, he raced all over the golf course, really having fun.

Daylight approached and the golf course employees began coming to work.  One noticed our client driving around at a high rate of speed and called the Palos Verdes Estates Police Department.  As the police were attempting to stop our client, he periodically stopped the cart, got out and “mooned” the police as they pursued him on foot.  He would then resume his driving in the golf cart, enjoying the cat and mouse game.  He laughed and waved at the police.

Eventually, he turned the golf cart over and could not push it upright.  So he ran from the police, but was caught rather quickly.

He was then taken to the police station, where police administered a breath test on him more than three hours after his arrest.  Even with this three-hour delay, his breath alcohol concentration measured 0.24%, or three times the legal limit.

Our client was released a few hours later to his parents and they called Greg Hill & Associates.  Greg met with the client and his parents and listened to the facts.  Greg explained that driving a golf cart on a private golf course, while not a car on public roads, was still DUI according to recent changes in the law on DUI (twenty years ago it was not DUI).

Greg then appeared in the Torrance Superior Court to answer to a charge of “Unlawful Driving or Taking of a Vehicle” (Vehicle Code § 10851(a)) and DUI.  Greg pointed out to the Torrance District Attorney the problems of proof with the DUI, especially insofar as the breath test being taken more than three hours after our client last drove.

The prosecutor agreed, quite surprisingly, to dismiss the DUI and amend the complaint allege public intoxication, Penal Code § 647(f), to which the client pled no contest, as well as to the 10851(a) charge.  The terms of probation were three years of summary probation, payment of a court fine of $50 plus penalties and assessments, and payment of restitution for the damage to the golf cart.

The client and his parents were very happy to avoid a DUI and the multitude of consequences.

However, after two years of summary probation, our client discovered that his employer, a Fortune 500 company, would not give him certain job assignments due to his conviction and because he was on probation.

So the client contacted Greg Hill & Associates, who filed a motion for early termination of probation and then expungement.  The judge in Torrance granted the motion for early termination of probation and later, signed the order, granting the petition for dismissal of the case.  This would open up more job opportunities to our client and allow him to legally state he had never been convicted of the Vehicle Code §10851(a) or Penal Code § 647(f) charges.