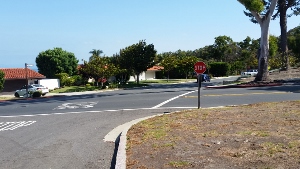 Our client told the police officer he had not drank any alcohol and in fact, he had not. But he was quite nervous and the stop caused him to begin sweating from anxiety. In fact, our client was under a prescription for anxiety and had not taken the medication because of the side effects he disliked.

Police nonetheless had our client submit to a roadside Preliminary Alcohol Screening (PAS) test, which measured our client’s blood alcohol content (BAC) at zero percent. Police, however, noticed our client’s sweating – as well as his tattoos – and came to the opinion that our client was under the influence of methamphetamines. When they asked our client about this, our client also denied this.

Summary:  Palos Verdes Estates, DUI for being under influence of drugs, “DA reject” after Greg Hill has client immediately tested for drugs and results are negative.

The police then drew blood from our client, with our client’s consent, and put him in the Palos Verdes Estates jail.

Greg Hill received a phone call from the client at approximately 8:00 a.m. and immediately went to the Palos Verdes Estates jail. Greg was able to persuade the police to release our client to him, rather than holding the client for twelve hours to “come down” from the influence of drugs.

A blood test was administered. It measured no measurable quantities of any illegal substance in our client’s blood. Greg then hand-delivered this report to the Palos Verdes Estates Police Department detective handling the client’s case, with a cover letter explaining also the anxious state our client certainly demonstrated. Greg commented that the client was treated for anxiety, but often did not take the prescription, which then naturally caused him to display anxiety, which is exactly what the police officer making the traffic stop observed. The client’s nervous condition was not related to taking drugs, but not taking what he was prescribed. Greg also enclosed a photocopy of the client’s prescription for anti-anxiety medication. 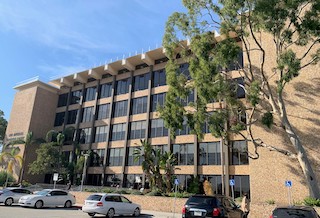 Torrance Courthouse
The Palos Verdes Estates Police Department did not respond at all after receiving the documents. This was not unusual, but it was nonetheless unnerving.

Four weeks later, Greg followed up with the Palos Verdes Estates Police Department with a further letter enclosing a collection of letters and awards that the client had earned. Greg asked that the police consider such letters in handling the case.

On the day of the arraignment, Greg appeared in the Torrance Superior Court and was told that the District Attorney had decided the case was a “DA Reject.” Obviously, our client’s blood sample given to the police was consistent with the blood test results our client obtained with his parents.

Had the results from the police shown our client was positive for any drug, our client’s independent blood test would contest such a result.

Our client and his family were greatly relieved, as the client had experienced criminal prosecution several times over the last few years. He was very happy that the case was not filed.

For more information about DUI based on drugs, having one’s arrest record destroyed and what to do if stopped for DUI, click on the following articles: