Our client was arrested for DUI when returning from a Murrieta winery after some wine tasting with his wife.  He had exited the winery and was returning to the hotel when traffic in front of him backed up suddenly.  He put on his brakes and avoided a rear-end collision, but a cop more than 100 yards and at least ten cars behind him concluded the sudden braking was because our client was following too closely.

In 50 Words or Less, What Happened:  Murrieta Superior Court, summary probation terminated early for client on probation for wet reckless conviction, then expungement.

The basis for the traffic stop was dubious at best, but the measurement of our client’s BAC at 0.13% as an end seemed to justify the means.

Our 54-year-old client with no criminal history at all had to spend the night in the Murrieta jail.  It was a harrowing experience for him, although nothing violent took place.  He simply was filled with anxiety from not knowing what would happen to him.

Once he was released in the morning, he returned home to Torrance and called Greg Hill & Associates.  Greg Hill met with the client and his wife, who insisted the braking by her husband was nothing unusual. 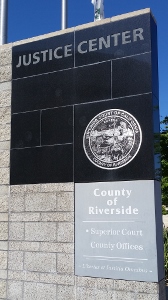 Murrieta Superior Court Entrance
The District Attorney in Murrieta seemed to tacitly understand that cops would park near the exit to the winery to pull over motorists for anything they possibly could and our client was one such stop.  They usually had no reasonable suspicion of a crime taking place, or like in our case, very little reasonable suspicion of DUI to make a traffic stop based on just the driving.  Instead, it was the motorist’s proximity to the winery that was the reason for the stop, just as all the traffic stops at 2:20 a.m. near bars when the bars close at 2:00 a.m.

Greg had to work hard on the case facts and negotiate to the head district attorney for the Murrieta courthouse, but ultimately was able to persuade the district attorney to amend the complaint to allege reckless driving (Vehicle Code § 23103 pursuant to § 23103.5), to which our client pleaded no contest.

The terms of the plea bargain were that the client would be on thirty-six months of summary, or informal, probation, with certain obligations, all of which our client fulfilled in the shortest possible time.  He even paid all court fees off the very day after his plea was entered.

A month before the half-way mark in the client’s probation, Greg contacted the client to ask if he was interested in having Greg file a motion for early termination of probation and then if that motion was granted, a petition for dismissal (expungement).

The client responded that he was interested in this, so Greg Hill & Associates prepared the motion and filed it for a hearing just after the half-way mark in the client’s probation.  The judge assigned to the case granted the motion to terminate probation early, despite the prosecutor filing a written opposition to the motion.  The opposition argued that the client had received an unusually good resolution on the case (which was true) and that the People were entitled to a full thirty-six months of summary probation of our client.  The judge did agree that the deal was perhaps a record high BAC for a wet reckless, but granted the motion. 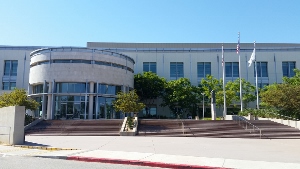 Murrieta Superior Courthouse
Greg Hill & Associates then immediately filed a petition for dismissal under Penal Code § 1203.4, which is called expungement in California.  Before filing this, Greg explained to the client that expungement does not erase, delete or remove a notation that the case was filed.  However, if such relief is granted, the judge will restore one’s not guilty plea as the last plea in the case and show the case is dismissed.  The major benefit of this is in the employment context because after relief is granted under 1203.4, one can legally state he or she was not convicted of the crime at issue.  This can be a major help in getting a new job, if necessary.

The petition was also granted, much to the relief of our client.  He regularly traveled to Canada as part of his job duties with a major U.S. corporation, so having the notation of a conviction removed was significant in helping him rent a car there.