Our client, age 26, had enjoyed an evening at a few bars in Hollywood. He and a female friend were returning to San Pedro, driving down the 110 Harbor Freeway. Our client was driving and his female friend was asleep. 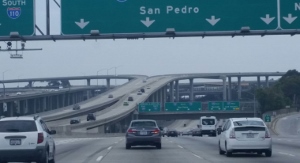 It was 1:50 a.m. According to the CHP report, an officer observed our client traveling at 90 miles per hour, straddling the number three and number four lanes (the two left-most lanes) and then weaving within his lane. This took place from the 110 / 91 interchange to south of the 110 / 405 interchange.

In a Nutshell:  Client stopped about 1:50 a.m. on southbound I-110 Freeway, allegedly for traveling at 90 mph and lane straddling. His BAC was 0.16%. Case filed at Metropolitan Court. Case resolved for DUI, no jail, 3-month alcohol awareness program and minimum fines.

The CHP officer then pulled over our client at Torrance Boulevard. His first words to our client were, “So you were drinking this evening, right?” Our client was taken aback by this. He expected the officer to instead ask for his driver’s license, registration and proof of insurance.

Our client answered honestly, telling the officer that he indeed had consumed a few beers earlier in the evening.

The officer then asked our client, while he was still sitting in his car, to follow his pen light from left to right. This was the Horizontal Gaze Nystagmus (HGN) test, which is supposed to be administered by the officer with the suspect standing, with the officer at approximately the same level as the suspect.

The officer then followed up the HGN test by asking our client to exit the vehicle and perform various field sobriety tests. The tests that have relevance toward detecting impairment by alcohol are the Romberg test, the walk and turn test and one-legged stand test.

Our client actually passed all three according to the officer’s notes on the CHP report (he even wrote “performed the test as instructed” for the walk and turn test), but he stated in the report that our client failed all three tests.

Lastly, after less than fifteen minutes of observation, the officer asked our client to submit to a preliminary alcohol screening (PAS) test. Our client did so and his breath alcohol content was measured at 0.16% twice. He was promptly then arrested.

At the CHP station off Figueroa, in Torrance, our client then submitted to a further breath test on the Datamaster machine. His breath alcohol content was measured at 0.13% twice.

After an evening at the police station, our client was released after signing a promise to appear in court at the Metropolitan Court in about two months.

Panicked, he went on the Internet and found Greg Hill & Associates. He interviewed four of five attorneys before meeting with Greg Hill and hired Greg after talking to him on the phone. He then met with Greg in his office.

Greg explained how the CHP reports often fail to quantify the distance the subject’s car was weaving within one’s lane (i.e. for a half mile) as well as how much laterally the car moves. Greg explained that this subjects the officer’s observation to attack as legally irrelevant because People v Perez (1985) 175 Cal.App.3d Supp 8, 221 Cal.Rptr. 776 at 778 requires that weaving within one’s lane be “pronounced” to be sufficient for a traffic stop.

Lastly, as to speeding, Greg explained how an officer could pace a car and that the MVARS tape would expose whether the officer performed a proper pace of the client’s vehicle.

Greg then appeared in the Metropolitan Court on behalf of the client at the arraignment and two further pre-trial hearings. He eventually did obtain the MVARS tape and reviewed it.

The tape revealed that our client’s lane straddling was four to five feet into the adjoining lane and that his swerving within his lane was jerky and from one lane marker to the opposite side quite fast. The tape was terrible for our client, rather than exonerating.

Greg showed the tape to the client, who suggested he accept he take the plea bargain offered, which included a three-month DUI program (the AB541 program), a court fine of $390 plus penalties and assessments ($1,524) and an obligation to attend ten Alcoholics Anonymous (AA) meetings.

Greg then went to court a fourth time to enter the plea with a signed waiver form, notarized properly for the client. The Los Angeles City Attorney in charge of the case told Greg that he had planned to add an obligation for the client to attend the Mothers Against Drunk Driving (MADD) Victim Impact Panel (VIP) and the Hospital and Morgue (HAM) program after he saw the MVARS tape, but Greg had accepted the plea bargain before he could increase the offer.

The client was pleased that Greg had helped him act quickly, but after a thorough examination of all the relevant evidence for the case. He was especially grateful that Greg had known when to act decisively, rather than allowing the prosecutor the time to investigate the case.