Our client and his friend were driving home in our client’s Audi S5 to Wilmington when they noticed another friend of theirs alongside them at a stoplight on eastbound Florence, near U.S.C. It was 2:30 a.m., but there was quite a bit of traffic on the streets.

The two drivers nodded at each other and decided to race. Our client, one of the drivers, had been drinking that evening at a bar. Neither driver could see that there was a cop facing them, waiting at the same red light, but heading the opposite direction.

At the next light, our client and his friend again raced forward and the cop closely paced our client, employing the bumper pace technique. He allegedly observed our client speeding well over 45 miles per hour in a 35 mile per hour zone.

Once the officer observed this, he quickly turned on his overhead lights to make a traffic stop of our client. Our client’s friend continued on, lucky to not be the car selected for a stop.

The cop then asked our client to submit to a preliminary alcohol screening (PAS) test. Our client then offered each cop at the scene $200 to stop the investigation and let him go. The cops declined his offer, but noted this quite deliberately in the police report.

Our client then submitted to the PAS test and his breath was measured at 0.12% blood alcohol content (BAC) twice. He was then arrested and taken to the police station.

Once there, his breath was retested and it measured 0.10% and 0.09%. He was then held for five hours to “dry out” before being released with a signed promise to appear in the Metropolitan Courthouse in about two months.

The client did nothing for about six weeks, so he forfeited his right to a DMV Hearing. He called up Greg Hill & Associates about two weeks prior to his arraignment in court and spoke with Greg Hill. He explained the facts of the case (omitting his attempt to bribe the officers) and asked what he could expect. He explained that this was his first DUI arrest.

Greg explained that due to the rather high BAC on the PAS, the case might be prosecuted as a straight DUI, with a chance of it being reduced to a “wet reckless,” or reckless driving (Vehicle Code § 23103 pursuant to § 23103.5). However, Greg commented that he did not think he could plea bargain the case down to an exhibition of speed, Vehicle Code § 23109, unless there was something rather significantly wrong or missing from the police report. 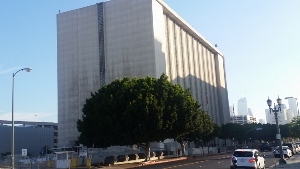 Greg then appeared at the arraignment and, to his great pleasure, he saw that the arresting police officer had not only not signed the bottom of the police report in any way, but had also committed perjury by signing another area under penalty of perjury that he had continually observed our client for fifteen minutes prior to administering the PAS test. Greg saw that this was impossible because the officer stated he first observed our client driving at 0233, but administered the first PAS test at 0242, only nine minutes later.

Greg brought these two errors to the attention of the Los Angeles City Attorney at the arraignment and asked to have the case resolved as an exhibition of speed, Vehicle Code § 23109. Surprisingly, the City Attorney agreed to such a disposition, on the following terms and condition: that the client be placed on two years of summary probation and pay a court fine of $240, plus penalties and assessments (total of about $950).

The client agreed to the plea bargain negotiated, happy that he would avoid a DUI and the DUI classes that follow, as well as the longer probationary period and the higher court fees. It was also a job saver, as the client knew that if he was convicted of DUI, he would lose his job as a delivery-man for a major Fortune 500 company here in Los Angeles.

For further information about the issues arising in this case, please click on the following articles: