Our client, age 23 and with no prior DUI convictions, was returning home from a night of partying with his friends. He had been to two different bars and consumed at least five mixed drinks over four hours. He did not eat any dinner. 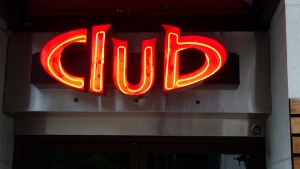 As he was driving along the eastbound 10 Freeway, one of his passengers became ill and told our client to pull over. Our client did so and stopped. It was about 2:30 a.m. The passenger exited the vehicle, walked over to some bushes nearby and proceeded to vomit. This happened near the exit to La Brea Avenue.

While our client was parked along the side of the freeway, a CHP vehicle pulled up behind and parked as well. The officers first attended to our client’s sick passenger and then turned their attention to our client. They asked our client if he was driving and he stated he was the driver.

The CHP report says that upon speaking with our client, who was standing right next to vomit on the ground, the CHP officer “detected the strong odor of alcohol.” The CHP officer then had our client perform certain roadside gymnastic tests (also known as field sobriety tests) that our client did quite well on despite traffic zooming by just feet away and the glare of headlights from other traffic on the 10 Freeway.

About This Summary Briefly:  A CHP officer comes along our client, parked on the side of the 10 Freeway. Our client displays signs of being impaired by alcohol and blows a breath sample measured at 0.12%. Case resolved for speeding and DUI dismissed because CHP officer did not sign the DS-367.

The CHP officer then asked our client to submit to a Preliminary Alcohol Screening (PAS) test at the scene, wherein our client registered a 0.12% and 0.11% blood alcohol content (BAC). However, the CHP officer, in filling out the report, failed to complete or sign the Officer’s Certification on the DS-367 form, attesting that such PAS results were obtain in compliance with the PAS manufacturer guidelines and Title 17 of the California Code.

Our client was then taken to the police station, where he was booked and released. In the CHP report, the officer stated he formed the opinion our client was DUI based upon the above and because our client’s father was the registered owner of the vehicle being used. This did not make too much sense. 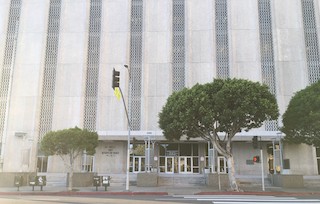 Metro Courthouse
The initial offer from the Los Angeles City Prosecutor handling the case was a “Standard First Time DUI,” meaning no jail, but our client would be placed on 36 months of informal, or summary probation, contingent upon him completing a three-month DUI class (the AB541 program), paying a $390 fine, plus penalties and assessments (totaling about $1,900), installing an ignition interlock device (IID) pursuant to DMV orders, and attending Mothers Against Drunk Driving (MADD) Victim Impact Program (VIP) course (2 hours).

Greg Hill, however, was able to point out to the Los Angeles City Prosecutor how faulty the CHP report was, beginning with the officer’s determination that our client must be DUI based on the odor of alcohol he detected at the scene. Greg went through each of the problems with the report and the City Prosecutor relented, agreeing that the report really was screwed up.

The City Prosecutor then offered our client a plea bargain wherein he would plead no contest to “Exhibition of Speed,” a violation of Vehicle Code section 23109(c), with two years of summary probation and a $240 fine. This was a great offer, as the case would not count as a “prior DUI” if our client were to be arrested for DUI in the future and the 23109(c) charge would not carry with it a requirement for an ignition interlock device. Our client accepted the offer.

For more information about breath tests in DUI cases, click on the following articles: