Home
Other Information
Criminal Defense Articles
What Is GERD and How Does It Affect DUI? Is It Good?

What Is GERD and How Does It Affect DUI? Is It Good?

There is a cliché that “Garbage in gives garbage out.”  Nowhere is this seemingly more true, perhaps almost literally, than in the case of someone who suffers from GERD, also known as Gastroesphageal Reflux Disease.

Brief Synopsis:  GERD is a medical condition where an individual breathes out stomach gas that combines with lung air.  In a DUI breath test, the breath tested is both stomach gas and lung air, so its BAC is not an accurate measurement of only blood alcohol content because the air sampled is not only lung air.  Stomach gas, if someone has been drinking, can add up to 0.05% BAC.

GERD is also known as heartburn and has symptoms similar to those caused by acid reflux syndrome.  Someone who suffers from GERD literally expels stomach vapor and gasses back up through their throat and out their mouth.  Sometimes, even raw alcohol is regurgitated to the esophagus and mouth.  Someone suffering from a hiatal hernia may also experience this when their lower esophageal sphincter is defective, opening to allow gas and vapors to proceed in a reverse-flow manner.

The effect of this is not only discomfort for the sufferer (and the price of Tums), but an elevated mouth alcohol content.  Consequently, when a GERD sufferer provides a breath sample for a DUI test, the breath provided is not just air from the lungs, as all breath test machines assume.  Instead, the air provided is alcohol saturated mouth alcohol, alcohol saturated esophageal air and deep lung air (alveolar air). 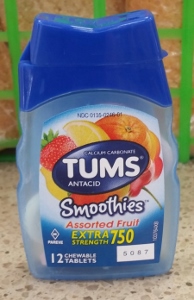 The emission of such alcohol-saturated air is often exacerbated by stress, i.e. being arrested, and eating spicy foods.

As a result, the BAC reading from someone diagnosed with GERD is meaningless, as it not a reading of one’s blood alcohol level at all.  Indeed, even a very small amount of alcohol in one’s throat, mouth or esophagus can have a huge impact on the machine’s measurements.

According to the Michigan law firm of Barone Defense Firm, the BAC of a person suffering from GERD can be as much as 100% too high, but it is most often 20% to 80% too high.  This can easily make the difference between a conviction for DUI and a dismissal.  In other words, for each 100 people suffering from GERD with BAC’s measured by breath test machines that read 20% above the legal limit, perhaps all 100 are actually below the legal limit.  This is not a technicality or some clever arguments of merely an academic.

Prosecutors will most likely be quick to mention that the Datamaster and Intoxilyzer machines used in Los Angeles, Orange, Riverside, Ventura and San Bernardino counties have slope detectors.  Slope detectors are supposed to detect and flag BAC readings if the alcohol quantity decreases quickly as the breath sample is being measured.  Such a phenomena would be indicative of mouth alcohol or stomach gasses interfering.

This advertised function, which tacitly acknowledges the problem of GERD, rarely works, however, according to Stephen Daniels of DUI Undo Consultants, LLC, and Dr. A.W. Jones.  And no Preliminary Alcohol Screening (PAS) device is designed with a slope detector at all.

If one believes he or she may be afflicted with GERD, it is best to have a medical doctor conduct an examination.  If the condition is found, a district attorney may be skeptical of the defense.  However, the so-called GERD defense has been recognized as a valid breath test defense in DUI cases in at least one state, Illinois.  In People v. Bonutti, 212 Ill 2d 182, 817 N.E.2d 489 (2002), the Illinois Supreme Court recognized that GERD could have created a false breath reading.  The Bonutti court upheld the trial court’s suppression of the breath test results.