Home
Other Information
Criminal Defense Articles
What Is the “Mouth Alcohol” Defense in a DUI Case?

What Is the “Mouth Alcohol” Defense in a DUI Case?

A fairly rare, but highly effective defense to a charge of driving under the influence (DUI) when the blood alcohol content (BAC) is based only upon a breath test is the “Mouth Alcohol” defense.

The Point of This Article:  The “Mouth Alcohol” defense to DUI argues that the breath sample used to measure one’s BAC is unreliable as a measurement of one’s alcohol content in his or her blood because the defendant’s mouth was saturated with alcohol, creating an artificially high BAC, above defendant’s actual BAC.

The basis for this defense is, in a nutshell, “garbage in, garbage out.”  In other words, if the breath test assumption that deep lung (alveolar) air only is being tested is wrong, the BAC measured is not an accurate measurement of blood alcohol levels.  This can happen when a driver somehow has alcohol in his mouth that is also measured in the breath, adding to the alveolar air.

The “Mouth Alcohol” defense arises most commonly when: 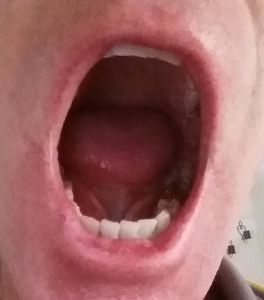 Remember, the difference between 0.08% and 0.07%, between illegal and legal is only one-one ten thousandth of a percent.  This is a very, very small amount of alcohol to measure.  To put this in perspective, consider that studies have measured the effects of bad heartburn, finding it can add up to 0.05% to one’s BAC.  In other words, one with a 0.05% BAC can double one’s apparent BAC when suffering from heartburn and emitting alcohol saturated air.

The likely response of prosecutors to such arguments is skepticism and denial, followed by a change in the subject of discussion.

However, most knowledgeable and experienced prosecutors reluctantly appreciate a medical diagnosis of GERD.  Most prosecutors, but not all, also understand that PAS (Preliminary Alcohol Screening) devices lack slope detectors.

This means that PAS devices only detect alcohol, not accounting for how the first air in a breath sample may contain more alcohol than the last air sampled.  The first air out of one’s mouth, with mouth alcohol effects, can be very high in alcohol, whereas the last breaths of air, from one’s lungs, can be much lower in alcohol content (and more accurate of one’s BAC).  The PAS reading, however, will only show the highest reading and not the last air measured, which turns out is the deep air lung air that reflects the BAC in one’s blood (and thus the blood reaching one’s brain and possibly impairing a driver).

With more sophisticated breath test machines such as those at a police station, there are slope detectors.  Such enhancements to a roadside PAS test allow the police station breath machine to detect mouth alcohol and disregard it.  Instead, the machines are supposed to only measure deep lung air content for alcohol, ruling out the initial air alcohol content as it slopes downward in BAC concentration until leveling out as deep lung air only is measured.  This is one of the big reasons why DUI attorneys go crazy when a DA seeks to rely upon a PAS device measurement of a driver’s BAC for setting a plea bargain.  When this happens, it usually means the prosecutor is unaware of the slope detector in a police station breath machine.

A good attorney will be able to argue, however, if there are other issues that merit the prosecution’s distrust of the police station breath machine BAC.  This may be the machine’s poor or even non-existent calibration records, the officer’s breach of machine operating protocol or other reasons that cast doubt upon the reliability of the second BAC reading.