Our client was pulled over on a side street near U.S.C. for allegedly speeding 75 miles per hour in a 35 mile per hour zone.  It was about 2:30 a.m.  When the officer came up to our client’s window, he “detected the strong odor of marijuana and alcohol,” according to the police report. 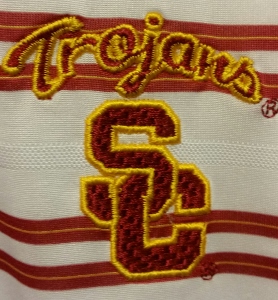 The client then allegedly failed the roadside gymnastic tests known as field sobriety tests (FST’s).  He also admitted to smoking marijuana and drinking alcohol prior to driving.

In a Nutshell:  Informal, or summary, probation ended early at the Metropolitan Courthouse for our client with a conviction for exhibition of speed, a negotiated charge on a case that was originally a DUI.  Conviction then expunged.

The CHP officer then asked our client to submit to a roadside Preliminary Alcohol Screening (PAS) test, which our client agreed to do.  His blood alcohol content (BAC) was 0.10%, which caused the officer to arrest our client and take him to the 77th Street police station. (7600 Broadway Avenue).  The officer also seized 13 grams of marijuana.

The client, once at the police station, submitted to a further breath test.  The device measured his blood alcohol level at 0.11%.  The client was thereafter released with a promise to appear in the Metropolitan Court about six weeks later.

The client then hired Greg Hill & Associates.  Greg met with the client and thereafter appeared in court for the arraignment.  After several appearances, Greg was lucky enough to negotiate a plea bargain from a DUI to an exhibition of speed, Vehicle Code § 23109, with a base fine of $150 and 24 months of summary probation.  The client was quite happy to avoid a DUI.

About eleven months after the plea was entered, Greg Hill contacted the client to see if he was interested in asking the judge to terminate his probation at the half-way mark in about a month.

The client did not respond to Greg’s e-mail for about a month.  He explained that he had moved to Japan and was happily employed with a large manufacturing company.  The company was going to give him more responsibilities and a higher salary if he could get a Visa from the Japanese government to travel overseas.

However, the Japanese government refused to issue such a Visa unless the client ended his probation.  Greg’s e-mail to the client was thus welcomed as a solution to his Visa impediment and thus, his continued employability.

The client’s work was so busy that it took two months to have him sign the necessary declaration that belongs with a Motion to Modify Probation so as to end it.

Our office then filed the motion at the same time as the Petition for Dismissal under Penal Code § 1203.4 (expungement).

Greg argued that there was no reason to delay termination because the client had no prior history of failing to successfully complete probation.

The judge continued to struggle, commenting that our client had entered into a binding contract with the judge by agreeing to the terms of probation, which was 24 months.  The judge further noted that the underlying deal was very good, given the client’s BAC of 0.10% and, later, 0.11%.

However, as to the employment consequences, the judge seemed to appreciate the gravity of the effects of being on probation.  The City Attorney seemed to have no argument to oppose the court’s recognizing such an unintended consequences of probation.

The hearing lasted about ten minutes, which is quite long for this type of motion Ultimately, the judge granted the motion, which made our office relieved and happy.  The client was very happy because the judge also signed the petition for dismissal (expungement).