Our client was charged with violating Penal Code § 166(a)(4) after he was walking up a Manhattan Beach walk-street on a late Friday evening, only to emerge onto Manhattan Beach Boulevard face to face with the protected person, another man.

The protected person followed our client while he tried to get away.  Finally, our client ducked into a restaurant and asked for protection.  He waited inside for a few minutes and then walked out, only to find the police waiting for him.

The protected person told police that our client had been stalking him all night long and had attempted to head butt him.  Police immediately arrested our client.

Our client was extremely upset, calling up Greg at about 2:00 a.m. on Saturday morning to report the arrest and explained how the whole incident was probably staged by the “protected person” with the intent to land our client in jail and with a misdemeanor record.

Greg went to court the next day and was able to secure our client’s release on his own recognizance after the prosecution failed to file charges on the day of the arraignment.  Greg spent the majority of the day talking with the client in lock up in the basement of the Torrance Superior Court and then checking with the District Attorney’s office, going back and forth, as well as to Department 3 where the arraignment would be.

The client was ultimately released about 3:00 p.m. and went home.  However, about a month later, he received notice of an arraignment date and Greg appeared in Department 2 for the arraignment. 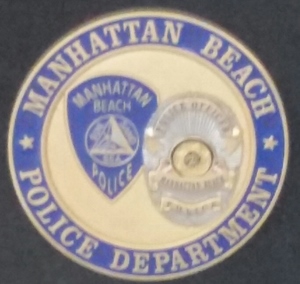 The prosecution read the Manhattan Beach police report, which adopted the protected person’s version of events and entirely omitted our client’s explanation of events, and made an initial offer of 60 days in jail, three years of summary probation, 52 sessions of anger management classes and a $300 fine, plus penalties and assessments.  The initial offer also specified that our client would have to pay the $220 booking fee related to being booked at the Manhattan Beach Police Department.

The prosecution viewed the case as fairly serious because the civil restraining order had only been in place for about two months before the violation took place.  Moreover, our client was extremely loud and argumentative on the police video of the arrest, suggesting he was attempting to yell his way out of being arrested.

Greg then methodically educated the district attorney about the full context of the underlying restraining order and how it was wrongly obtained.  He explained how the “protected person” was anything but vulnerable and innocent.

Greg also obtained an order of the court for our client to enroll in anger management classes, which our client did, completing 30 such classes.
Slowly, slowly the prosecution grew to appreciate the broader picture of the relationship between our client and the “protected person” and finally amended the complaint to allege a infraction violation of disturbing the peace (Penal Code § 415(3) – loud arguing).  The prosecution then dismissed the charge alleging a violation of a civil restraining order.

This was greatly appreciated by our client because he was fearful of being on probation and the waivers of his Fourth Amendment warrant requirements.  Moreover, he did a healthy amount of work for government subcontractors in El Segundo and was concerned his being on probation would disqualify him from access to some of the buildings.

By pleading to an infraction, he avoided probation, but as a term of the plea, he did have to pay the $220 booking fee and a $150 fine to the Los Angeles Superior Court.

The client was happy that the case resolved as it did.  He could still answer “no” to any employment question that asked if he had been convicted of a misdemeanor or felony.