Home
Other Information
Criminal Defense Articles
What Punishment Do I Face for Violating a Restraining Order?

What Punishment Do I Face for Violating a Restraining Order?

Our office often is asked the above question from a potential client, usually with a comment that he or she should have known better or some form of entrapment occurred.  My answer is usually prefaced by a short apology and then a rather open-ended answer.  My answer is, “I apologize for sounding like a lawyer, but the answer is ‘it matters.”

Brief Synopsis:  The punishment for violating a restraining order often is severe, i.e. some time in custody.  Depending upon the circumstances, it can be charged as a misdemeanor or a felony, with up to three years in state prison possible, before sentencing enhancements are applied. 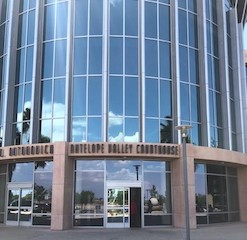 Lancaster Courthouse
When a client also visits the location of the protected person, perhaps simply parking his or her car outside and sitting in it for a few minutes, the client can be charged as a violation of Penal Code § 646.9, which is a felony.
When the client engages in more aggressive conduct, such as speaking to the person protected by the restraining order and threatening her or him, the client not only faces a violation of Penal Code § 422, which can be a felony “strike” offense as well as a misdemeanor.

Violating a restraining order, prohibited by Penal Code § 273.6, is usually a misdemeanor, but it can be charged as a felony.  When charged as a misdemeanor, the client faces a maximum fine of $1,000 plus penalties and assessments (leading to a total payment to the court of roughly $4,000) and/or one year in county jail.

If the potential client has violated a prior protective order within the last seven years and the current conduct involves a threat of violence or actual physical injury, the prosecution can charge the violation as felony.  It can also be charged as a misdemeanor.  If charged as a felony, the client faces: 1) up to a year in county jail and probation; or 2) state prison for a minimum of sixteen months and a maximum of three years and a maximum fine of $10,000.

If the potential client has violated a prior protective order within the last year and the current conduct involves a physical injury, and the prosecution charges the offense as a felony, the judge is supposed to impose a minimum county jail sentence of six months.

If this same conduct is charged as a misdemeanor (the conduct is the second violation within a year and the victim suffered a physical injury), the court is supposed to impose a minimum county jail sentence of thirty days.